By GLENN ASTARITA
February 27, 2014
Sign in to view read count
Track review of "The Fire Will Burn Us Both" 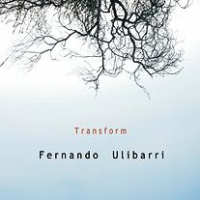 Fernando Ulibarri is a guitarist, composer and prominent educator at various institutions in the Miami area. His debut album with his working quartet is framed on aspirations that aim to establish compositional unity but also produce comps that stand on their own. He launches the production with spacey inferences to Miles Davis' early jazz-fusion aura, yet many of these works are cushioned within mainstream jazz persuasions, containing blithe themes and an assortment of cool and breezy swing vamps. Ulibarri speckles his crystalline tonalities with fluent articulations, where he pretty much makes every note count. Although, the album as a whole is relatively temperate in scope, the leader seems more inclined to permeate elements of good taste and a sleek muse into the moving parts.

Ulibarri outlines a simple and delicate theme on the medium-paced ballad, "The Fire Will Burn Us Both." Here, the principal groove lies somewhere between sensations of yearning and euphoria. The guitarist's ringing unison choruses with pianist Jim Gasior highlight a mild current amid linear runs. But the pianist readjusts the tempo during his solo spree, where his inward-looking reflections are systematically escalated into surging cadenzas. He gradually builds some steam and unites with Ulibarri to restate the peaceful melody, sliding matters into a blissful state.

Even on the up-tempo tracks, the leader doesn't blaze new trails or go for the knockout blow. He's seemingly more concerned with exuding depth and an artistically minded sense of purpose sans all the glitter and fanfare.