By GLENN ASTARITA
February 15, 2014
Sign in to view read count 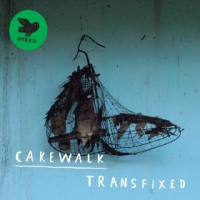 The musicians institute subtle hues and sounds that often creep to the forefront amid certain pieces that contain flourishing thematic content and weighty soundscapes that could fare well for cinematic backdrops. On "Bells," they launch a staggered rock groove, highlighted by Skar's silvery and phased synth lines that appropriately feature bell tones and a grandiose melody line. Other activities include experimental workouts, tinted with harshness and casting emotive sentiment, perhaps echoing dire situations. But all hell breaks loose during "Swarm," where Bjornstad's crashing cymbals add emphasis to howling guitars and layered keys, summoning a psyched-out trip to the netherworld. As "Dive" intimates an eerie ambient- electronic vista, complemented by the artists' counter moves and swirling effects, nestled within a dimly lit and bizarre sequence of propositions.

Cakewalk is one of many exceptional bands, presented by this label's roster of artists that frequently think outside the paradigms of conventional thinking. They intentionally or by default, gear their product to listeners' who seek music that strikes an unbalanced chord, sparking neural stimuli or new perspectives on the tried and true.