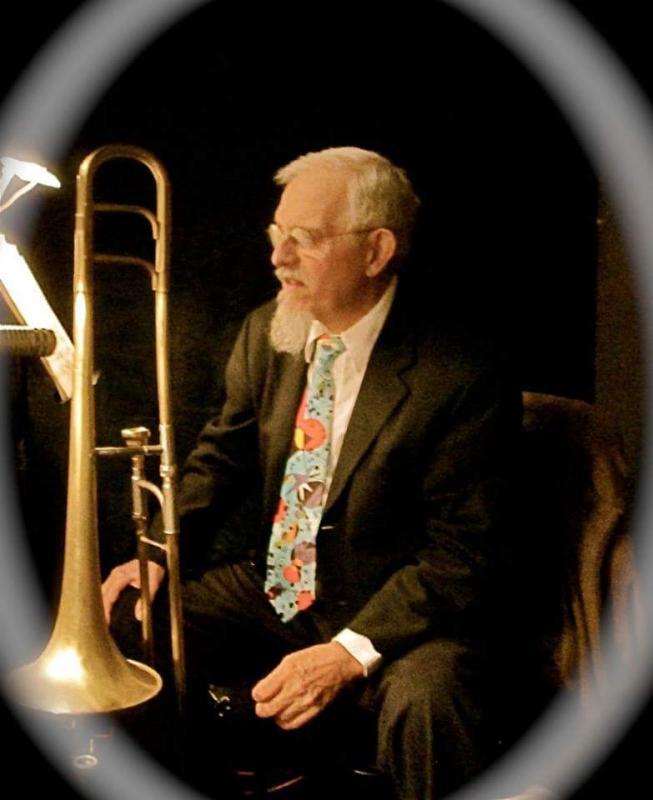 "Jazz Luck"—a phrase I pull out of the hat every so often that aptly describes those oddball and, in some cases, unfortunate events which practitioners of the art encounter in the business. It's a more apropos term that the commonly-used "Stuff Happens," because in more cases than not a jazz musician's journey can be fraught with the truly unexplainable, the oddball, and the weirdly aleatoric. I've occasionally felt that mythological gremlins take great joy in tormenting the jazz Muse.

With Transcendent Trombone author Frank McGowan gives us a fascinating, highly involving, and very human portrait of one practitioner of the "lonely" instrument—the jazz trombone, Rick Stepton. Stepton, a name not usually mentioned with Jack Teagarden, Frank Rosolino and Carl Fontana, was, however, not only known to some of them, but, frequently mentioned by them with respect, admiration and deference. The Stepton saga, as depicted by McGowan—a very engaging spinner of tale—not only includes the usually anticipated clichés of the jazz life—the grueling Road, short-stick business dealings, oddball and creative genius characters, casual drug use—but, to the authors enormous credit, gives us a uniquely human odyssey—one that places the reader not only in Stepton's musical shoes, but also in his psyche. You really feel for the guy.

With this type of musical biography it comes with the territory that there's a necessity to detail one's track record. Thus, many jazz bios wind up presenting an endless litany of "and then I played with..." listing with personality-based anecdotes thrown in for good measure. Here, however, McGowan takes us deftly (as if over a beer or three with him) through Stepton's development' first as a scion of a trombone family "dynasty," then a less-than-highly-confident and fraught with stage fright player whose playing gained the respect of Masters of the Art such as his frequent employer and ardent admirer, one Buddy Rich. Fellow bone men such as Rosolino, Mangelsdorff, and Fontana admired Rick's work. McGowan neatly details Stepton's early days, his encountering racial enmity in the South, his various stints (and stunts) with Rich, Woody Herman, Maynard Ferguson and with 60's horn bands, and his later successes as "the bone about town in Boston." McGowan's writing of Stepton's devastating dog-bite lip injury and Rick's near-to-impossible recovery lend extreme depth and a compassionate dimension to the intriguing biography.

"Transcendent Trombone" is, in summary, an honest and very genuine representation of both a great musician and a brilliant, very human and fragile being. There's no fluff here as we also get warts and all served up. That's to the biographer's credit and Stepton's integrity in sharing. While the book might not ever land on Amazon's or the New York Times best-seller lists—what jazz bio does?—it certainly is worth examining and enjoying. What life isn't?