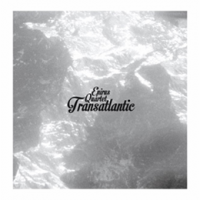 Epirus Quartet is based in Austin, Texas, but takes its name from a region of Greece—hence, perhaps, the decision to name its debut album Transatlantic. The recording is released as a limited edition, high-quality, vinyl album (it's also available as a download)—the format lends itself superbly to the quartet's brand of danceable, organ-led music.

With jazz at its core, the quartet's music features strong elements of funk and soul, with more than a few hints of Afrobeat and middle eastern music. The funk and soul come courtesy in particular of Nikolas Bouklas' tenor sax and Nate Basinger's organ. The band's powerful rhythms are provided by bassist Brad Houser and drummer Michael Ingber. Put a couple of guest appearances from guitarist Adrian Quesada and baritone saxophonist Ryan Allen into the mix and the result is a totally enjoyable musical experience.

While Transatlantic is characterised by the strong grooves of tunes like "Epirus' Clave," the band's musical range is wide and varied. Bouklas' flute features on "Fried Feta," alongside Basinger's funky organ. Is the tune as cheesy as the title suggests? Nope—this is a tight, groovy, chunk of '60s soul jazz. "Spirit Of" has the strongest middle eastern influence, the groove anchored by House's bass and heightened by Bouklas' tenor sax. "Sane" is, by contrast, a solid slab of heavy funk: wailing baritone sax, low down bass, fat organ chords (and a spot of flute) delivering the sort of music that'll keep dancers grinning and grinners dancing all night long.

The sheer might of the quartet is showcased by "Soundwaves," a tough, hard-hitting tune that mixes Afrobeat and funk in irresistible fashion, the quartet given extra punch by Allen's baritone and Ingber's powerhouse drums. "Goodbye My Friends" is the album's left-field tune. Loose, slow, centered on Bouklas' lazy, late-night, tenor and with a touch of the valedictory sadness hinted at by the title—still danceable, though, albeit as the evening's last waltz.