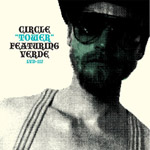 What if, in 1969 Miles Davis' band took the stage and began playing the trumpeter's introduction, but Miles never made the gig?

Chick Corea and/or Joe Zawinul run through choruses of those science fiction, electric piano and synthesizer notes while Jack DeJohnette blends his jazz and world music drumming—that is, years before we called it world music.

John McLaughlin, fresh off Davis' instructions to "play it like you don't know how to play the guitar, channels R&B, rock and noise through his fingers. The band plays repeated patterns while looking for the prince of darkness to take the stage, but he never does.

With that image in mind, you'll get an idea of the six tracks and 44 minutes of music made by Circle.

Maybe you thought Finland was only known as the talent developing lands for ECM or guitarist Raoul Bjorkenheim, but hey everyone has to shed their xenophobia occasionally.

Circle claims the title on the face of the CD, NWONWOFHM, which is perhaps a joke, means the "New Wave Of (the) New Wave Of Finnish Heavy Metal. Certainly not in evidence here, the heavy metal has been supplanted by a propulsive groove.

Formed in 1991, the band has released nearly thirty recordings with self-described "constant reinvention, touching on psychedelia, art rock, noise and drone music. Think of them as a plugged in version of Australian trio The Necks.

These six tracks, all very similar in approach, rely on the vintage sound of twinkling electric piano and organ, guitar, percussion, bells, and minimal electronics. This hypnotic music adds pieces and parts gradually into a constant brewing cauldron.

Sure, Davis never showed, but that was probably the plan from the beginning.