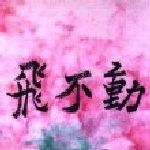 "Tobifudo" means "Flying God" or "Flying Deity" in Japanese and the Shoboin Temple in Japan is dedicated to the Flying God. It is also the name of a group in which pianist Satoko Fujii and trumpeter Natsuki Tamura were members, and finally, the name of the first album in their large discography.

As such, Tobifudo is the introduction to the phenomenon that is Fujii/Tamura (or Tamura/Fujii), and, while there is much worthy music within, it also gives a fascinating look into the beginnings of their stylistic development. With all the music being original compositions by Tamura, this work and band, which could be considered Tamura's, presents many different stylistic strands, sometimes in the same piece.

There is much free playing, usually within a larger overall structure, meaning that as the piece evolves, a section or subsection becomes free, passes through that phase, and then moves out of it. Japanese folk music, with its simpler melodic structures, rhythms and harmony, is also an obvious source of inspiration. American jazz surfaces here and there and does pop/rock, mostly rhythmically.

The essential feature of the music is its energy, regardless of whether it is explosive and controlled. While the music sounds fully formed, from the clear vantage point of hindsight, one can hear Tamura and Fujii finding their way, experimenting, seeing what works and does not work, and what represents their core musical values.

The album's seven tracks have a definite order with the first ("Kage") and the last, title track being the show pieces and the inside tracks (almost) alternating between the folk and pop/rock styles. Thus, "Yansado-Bushi" and "Utage" feel like the folk pair, and "Kurara" and "Omi no Hito" the pop/rock pair, with the second track, "Osake," falling in between. Of course, this labeling vastly simplifies the music in that no single piece is solely in any one style.

Tamura and Fujii are a real team as they both take extended solos, with Fujii also providing accompaniment of differing kinds. Bassist Keiichi Kanai is recorded very closely and produces a large, forceful sound that supports the music while drummer Hidemaro Mise does everything asked of him, providing the rhythmic drama that the music demands.

"Kage," the longest track by far, opens freely, with Fujii playing the inside of the piano. A theme, which strongly resembles "Dies Irae" from composer Hector Berlioz's Requiem (c. 1830) in both its outline and ponderousness, is stated in a number of harmonic areas and creates the skeleton around which the rest of piece revolves. "Tobifudo" opens softly with piano arpeggios, but then quickly "flies" with a climbing theme and galloping rhythms. The piece contains a very exciting drum solo by Mise that could have been by Gene Krupa!

Tobifudo stands as very good music in itself, but also as a window for what is to come from Tamura and Fujii, both together and separately.