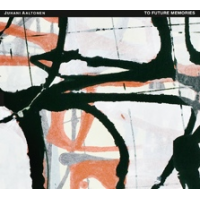 Can anyone just decide, on a whim, to take up an instrument and simply become a working musician anymore? That's precisely what Juhani Aaltonen did as an eighteen year-old living in the town of Inkeroinen, in central Finland back in the early 1950s. Apart from a year of study at the Sibelius Academy in Helsinki, and a semester at Berklee (where he worked with Herb Pomeroy), Aaltonen is that rarest of all birds: a self-taught master musician who learned directly from his peers during rehearsals, jam sessions, and on the bandstand. He's had an amazing career, collaborating with virtually everyone of consequence in Finland's rock, folk and jazz scene. Though he's best known to US audiences for his work with forward-looking Euro-jazz artists such as Arild Andersen, Tomasz Stanko, and Edward Vesala, Aaltonen also co-founded Finland's first internationally renowned rock band-Tasavallan Presidentti-and has collaborated with jazz-rock and progressive rock artists such as Finnforest, Pekka Pohjola, and Jukka Gustavson. Central to Aaltonen's artistry is the practice of free improvisation, which figured prominently into several of his earlier recordings as a leader such as Hot Lotta (Blue Master Records, 1971) with Vesala, bassist Peter Kowald and saxophonist Peter Brötzmann, and Prana—Live At Groovy (Leo Records, 1981) with Vesala and bassist Reggie Workman.

To Future Memories finds Aaltonen accompanied by his working quartet plus an additional bassist and percussionist. Pianist Iro Haarla and drummer Reino Laine have worked with Aaltonen for over three decades. Ulf Krokfors, a bassist who has worked with Vesala and guitarist Raoul Bjorkenheim, is a newer associate. Ever selfless, Aaltonen has chosen to feature the compositions of bassist Antti Hytti. Though Hytti doesn't appear on the album, his playing career is almost as diverse as Aaltonen's. Hytti, who has also worked with Vesala and Stanko, is best known to Finnish audiences for his extensive collaboration with multi-intrumentalist Sakari Kukko in the jazz-rock-folk band Piirpauke. Hytti's compositions, like those of Aaltonen and Vesala, straddle the parallel worlds of avant garde jazz and traditional Finnish folk music. In the liner notes, Aaltonen confesses that he was initially drawn to Hytti's pieces due to their melancholic, anguished nature: "the mark of a life lived." This is readily palpable on the album. Hytti's music-much of which was originally composed for film and theater pieces-is emotionally charged and, as Aaltonen attests, readily conjures visual images. Arresting and dramatic, the music here will nevertheless seem familiar to fans of previous TUM releases such as Iro Haarla's Kolibri (TUM Records, 2013) and Edward Vesala's many recordings for ECM and his own Leo imprint.

Strong melodies abound throughout To Future Memories, with Aaltonen's expressionistic reeds well out in front. Part of the first wave of European post-Coltrane jazz saxophonists, Aaltonen's playing also parallels that of Charles Lloyd, Brotzmann and, despite playing tenor, Eric Dolphy. His fluid tenor lines are long and unpredictable, and-as he shows during an unaccompanied salvo on "Ursula"- he can inject nasty, fire-spitting gravel or winsome sweetness into a solo at any given moment. As a flautist, Aaltonen is in a class by himself. Broad in tone, with a hint of vibrato, his improvising on "Kukunor" and "Hiisi," seems to come from someplace outside of jazz: ancient Finnish folk music, or birdsongs of some sort. Like Aaltonen, Haarla is a poly-stylistic player who uses space quite effectively during her dark-toned, brooding improvisations on "All the Birds" and "Kukunor."

Composer Hytti is a bassist and, consequently, the bass figures prominently throughout To Future Memories. The presence of second bassist Ville Herrala frees Krokfors up considerably as a soloist and as a potential front-line partner; both feature prominently on "Hiisi," and on the album's two final tracks "All The Birds" and "Haze." The music, though largely free and rubato-to- moderate in tempo, constantly varies in density and shifts into and out of tempo. Percussionist Tatu Rönkkö adds a layer of color using bowed cymbals and a variety of bells, shakers and rattles. Reino Laine, a contemporary of Aaltonen's who has recorded with the likes of Jukka Tolonen, Heikki Sarmanto, and Eero Koivistoinen, is a mobile and active drummer who presents Aaltonen with a Jack DeJohnette-like rhythmic foil on "Haze," "Hiisi," and "Reminiscence." Elsewhere, he holds back, joining Rönkkö in the background, adding brushes, long rolls, and cymbal washes.

As with all of the releases on the TUM label, the disc is accompanied by a beautifully laid-out booklet replete with photographs, original artwork, Aaltonen's personal notes and biographies of everyone involved. A beautiful package, through-and-through.

Reminiscence; Kukunor; To Future Memories (dedicated to Jussi Kylätasku); Hiisi; Ursula (for the Polish ladies); All The Birds; Haze.