By NENAD GEORGIEVSKI
May 3, 2015
Sign in to view read count 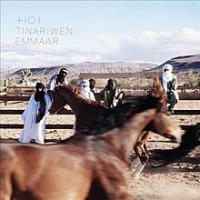 In African culture music is not "leisure" activity, but part of the daily fabric of life. Ritual of almost any sort—whether manual labor, religion or the dramatic arts—is especially associated with music. That is one of the reasons why African music has so much magic in it. And in the pantheon of great African musical legacies, Malian music takes a very special place. It's exciting, colorful and diverse and it is at the center of the Malian identity. It's an undeniable and important force in any sense: cultural, political and social. Over the years, many Malian musicians, like guitarists Ali Farka Toure and Boubacar Traore, singers Salif Keita, Mory Kante, Oumaru Sangare and Rokia Traore, Amadou and Mariam, kora player Toumani Diabate or the band Tinariwen, to name but a few, have become household names who have presented the greatness of this country's music. And it was such a strange, contradictory and ironic occurrence that a country with such enormous musical legacy and culture in general, to be under threat by a terrorists who wanted to ban music and impose the sharia law in this country. What they managed to do was to capture two thirds of this country where they imposed a distorted and destructive interpretation of the Islamic faith in attempt to wipe out an ancient culture of living until they were driven out by French army troops. Still, it left the country in ruins.

And many of the Malian musicians were fighting on the front line. Tinariwen's vocalist and guitarist Abdallah Ag Lamida was captured by these extremists. He served as a replacement for the band's leader Ibrahim Ag Alhabib who also went to fight the extremists and was later released. And fighting has been part of Tinariwen's history as many of its band members were refugees who fled the country in Algeria. The band actually formed in the Tuareg refugee camps in Algeria and it was there that they received military training and have taken part in various conflicts in Mali. Such is the turbulent history in that part of the world. From there the band has become one of the most successful bands in Africa.

With the return of Ag Alhabib, the band recorded Emmaar its sixth record which translates as "The Heat on the Breeze." Due to the current situation in Mali, instead of being recorded in Sahara, it was recorded in another desert setting, The Joshua Tree, California. This is the band's first recording outside of Mali. Emmaar flows like a river, and most of the time it runs tumultuous, full of rage. It is raw, tuneful, spacious, fluid and in stark contrast to the band's previous outing Tassili (Anti, 2011 ). It opens up with "Toumast Tincha" (or The People Have Been Sold Out), which features spoken words by poet Saul Williams before it launches into a swirling mixture of ragged electric guitars and hypnotic rhythms. The music is intense and focused, and it matches African desert blues and American rock as the band is joined by Red Hot Chili Peppers' guitarist Josh Klinghoffer. The lyrics and most of the music on this record are fueled by rage and disappointment from the band's immediate surroundings but those emotions can easily be recognized by people worldwide. The follow up, "Chaghabory" just ups the game as it stumbles out of the speakers. It's dirty, heavy and shambolic where the guitar and the rhythms spiral into a sort of a trance.

While the lyrics concentrate on injustice and issues that relate primarily to people of Mali the music is modal and is driven by hypnotic grooves, group chants and edgy guitar. On most of the tracks the guitars sound edgy while the lead, which plays the modal melody has that eerie feel to it, much in the manner of Neil Young's soundtrack to Jarmusch film Dead Man. As a result the music evokes the desolate, hostile and vast landscapes in wide open spaces. The various guitars instigate various moods that echo these desert distances. But despite the ragged nature of the music some of it very playful like "Imidiwan Ahi Sigdim." This one is very melodic and the group chanting makes it very funky. The closing bluesy acoustic track with its swirling melodies "Aghergh " closely revokes the sound of the great late Ali Farka Toure, the chief exponent of desert blues.

As a record, Emmaar brings a more distinctive identity to the band's desert blues. Tinariwen are trailblazers who open up new possibilities both for themselves and the many Tuareg desert blues bands. Emmaar is a marvelous set, full of hypnotic fuzz that resonates deeply. 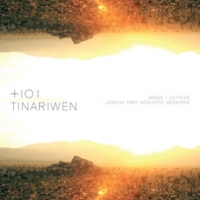 While recording the songs for Emmaar at the Mojave desert, Tinariwen band members also recorded some of the songs that would appear on this record on acoustic guitars, strumming and chanting by a campfire. This is not the first time that the band would record outside on a remote location. For the purpose of recording Tassili (Anti, 2011), they had to transport heavy recording gear and logistics to a canyon deep in the desert where they recorded primarily acoustic music. The five acoustic songs on this EP illustrate the power behind Tinariwen's songs. The atmosphere captured is both inviting and severe, and startlingly vivid. One can feel the crisp air outside where they are recording, and it certainly feels like nighttime.The guitars churn and thrum with a distinct heat before the melody of the next track winds into place. This EP is a welcome addition to the band's oeuvre.