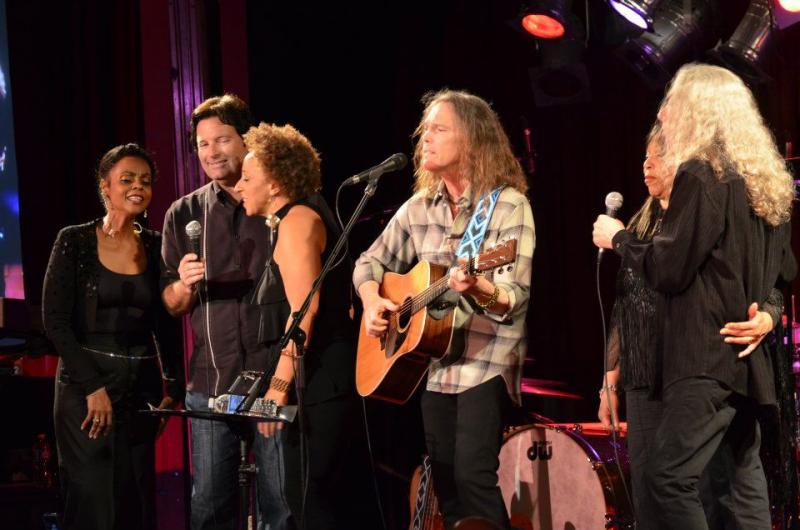 By MIKE PERCIACCANTE
June 23, 2012
Sign in to view read count
Timothy B. Schmit with special guest Goldspot
B.B. King's Bar And Grill
New York, NY
May 29, 2012
Eagles' bassist Timothy B. Schmit brought his solo tour to New York City's B.B. King's Bar & Grill on Tuesday, May 29, 2012, performing Eagles songs, songs from his 2009 release Expando (Lost Highway) and the rest of his solo career, as well as some well-known songs from his past work with Poco.
Opening act Goldspot (named after a fizzy Coca-Cola product that is popular in India) was an acoustic duo featuring Siddhartha Khosla and James Gabbie. Khosla hit the stage first and explained that he was thrilled and honored to be opening for Schmit and how, while he was growing up, he "was heavily influenced by The Beatles...and The Eagles."
As he began to strum his acoustic guitar and sing, it became apparent that his music was also influenced by The Beach Boys as well as his own Indian heritage. At the conclusion of the song Gabbie joined Khosla on stage for a short set highlighted by "Hudson Overflows" (a love song Khosla wrote to/for his wife) and "Evergreen Cassette." Khosla explained that when he was young his parents sent him to live in India with his grandparents. At the time, he explained, "It cost $20 a minute to call India...so my mother would make a cassette tape—an audio letter—telling me what was happening here. She'd send it to me and I'd send one back to her. It was how we communicated until I came back here."

After a short intermission, Schmit and his band took the stage. Clearly happy to be performing in New York City, Schmit was very talkative and friendly, regaling the audience with a number of stories about playing in New York, playing specifically at B.B. King's ("I was looking at the pictures of the folks who have played here and noticed one older picture of a musician with long hair...all of a sudden it hit me; I've gotten gray."), the members of his band, Richie Furay (from Poco), the evolution of some of his songs—and, of course, The Eagles.

While the majority of the songs performed during the show were from Expando, Schmit's performance drew upon all of his influences: Americana, folk, country, R&B, rock and blues. From the onset Schmidt made his intentions for the evening very clear; he stated that the show as going to center on "a lot of the new album; it's a couple of years old...some history...some stuff you know and some you may not...we're going to have some fun tonight." 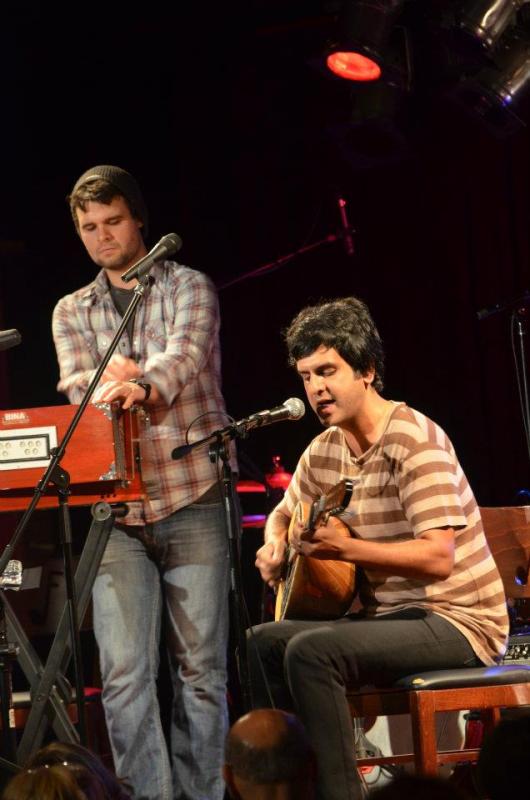 Opening with "One More Mile," a catchy song about traveling down the road from Expando, it wasn't too long before casual fans were rewarded with both a story and a familiar favorite. Schmit explained that he received a call from "my friend Glenn (Frey), who asked if I would be interested in joining The Eagles. I didn't even give it two seconds thought before I said, 'Yes!'" Schmit continued, relating that Frey then asked "if I had any songs. So I began to play him one that I was working on. After a while it began to take shape and when we finished it sounded like this." With the story finished he grabbed the bass and began to sing "I Can't Tell You Why." He followed this song with "Compassion," from Expando.

Sometimes the highlight of a performance is at the very beginning of a concert. Sometimes it occurs at the end, and sometimes it occurs at the most unexpected of times—right in the middle of the show. This evening's performance of the bluesy, R&B-soaked, tongue-in-cheek rocker "White Boy From Sacramento" was one such moment. Declaring that it was "a brief version of my life," Schmit, his band and three African American female backup singers and proceeded to give the single best performance of the evening. They magically transformed the New York City supper club into a funky juke joint in which everyone was singing along, boogying by the bar and joining his backup singers as they repeated the song's chorus (while dancing and making choreographed pointing gestures at Schmit).

Schmit thanked the crowd and quietly said, "This is a Poco song." He then performed an acoustic version of "Keep On Tryin.'" He followed with another Poco tune, "What Am I Going to Do?," which he introduced as a Richie Furay song that he loved from the minute he heard it. Schmit explained that while Poco was fleshing it out (with Schmit on vocals) "it became obvious that Richie should sing it. Now I get to do it."

It was at this point that Schmidt introduced his band members (keyboardist Chris Farmer, bassist Bobby Carlos and drummer Herman Matthews) and his backup singers (Marlena Jeter, Lynn Fidmont and Martinette), noting that the singers had also worked with Elton John and Phil Collins. When Schmit, who has a long salt-and-pepper mane, introduced guitarist Hank Linderman, he made it a point to comment on Linderman's long flowing locks. They then played a rousing version of "Parachute." 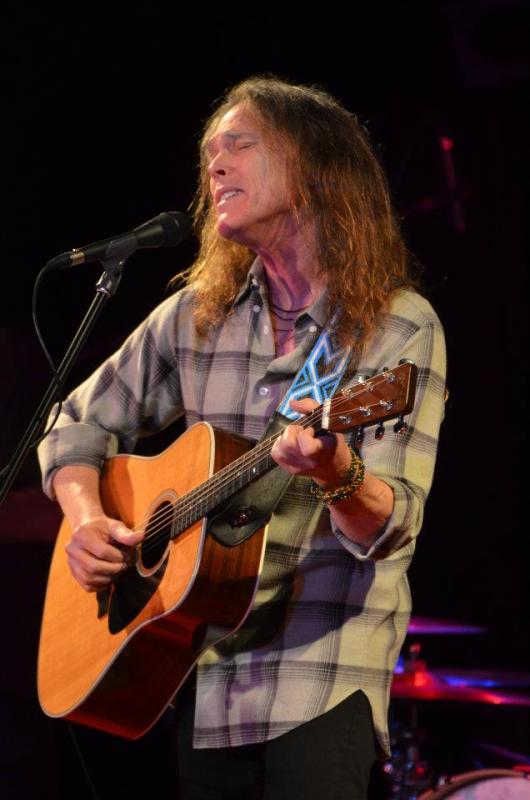 Schmit then announced, "I think its tuba time." The performance of the dancehall inspired "I Don't Mind" featured—what else—tuba, as well as drums, bass and guitar. Schmit then related a story about missing his wife when she was working on a movie in Hawaii. "Ella Jean" was highlighted by Schmidt's harmonica playing and the powerful lyric:

"I don't much like it when you are gone,

Something's wrong when you're gone,

I know you're safe and you won't be long,

But I don't much like it when you're gone,

This big old house isn't quite the same,

When you're not here to call my name,

I know you're right where you belong,

Still I don't much like it when you're gone."

The next three selections were "Downtime," "Secular Praise" and "A Good Day," all from Expando, after which Schmit and his band left the stage.

Within seconds, Schmit was back and ready for more. Announcing that the next song was from The Long Road Out of Eden (Eagles/Polydor, 2007), the performance of "I Don't Want to Hear Anymore" was spot-on. The concert ended with a heartfelt and soulful version of "Love Will Keep Us Alive." All the players then assembled on stage, gave the crowd a bow and a wave, and then headed for the wings.