By GENO THACKARA
December 26, 2018
Sign in to view read count
Natural evolution is always gradual yet relentless. Philadelphia sound-sculptor Tim Motzer demonstrates the fact with two more extended improvisations to follow on from the electro-ambient Unseen Universe (1k, 2017). All three are solo recordings made in similar circumstances (played live for wee-hours radio broadcasts roughly a year apart), yet of course no two nights or events are ever the same. 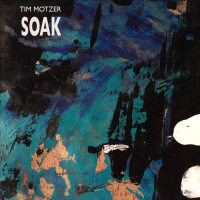 We all need time to slow down and take things in gradually amidst the busy clatter of life. It could be leisurely time in the pool or a relaxing steam in a hot tub, or for the idle-rich jazz cognoscenti, maybe a decadent soak in champagne or perrier. (Just a random example there—nobody's judging you if so. Just, err, keep it to yourself.) The point is that merely taking in the experience becomes the end in itself. This affair isn't even about music so much as, as Brian Eno once put it, "listening to the world in a musical way."

If the liquid analogy applies to what Motzer does with Soak, this one might represent a swim in some blue-green pool on an alien moon with a chilly atmosphere and low gravity. Practically everything floats as if it's lighter than air. Motzer barely strums or plucks any melody lines from his guitar here, but focuses even more than usual on making odd sounds and noises with it instead. Fretting and picking are a distant second to shaping and processing electric tones.

These loops build patiently over many minutes as he adds light drones, faint rhythms (from tapping on the guitar's body) and soft squeals like bird calls. The twenty-minute opener is almost half over before he starts stringing actual notes together, and even then it's a temporary peak before the alien-jungle soundscape returns. Shorter tracks continue shifting with colorful background hums and atmospheric echoes. The closest thing to a recognizable solo comes in a fuzzy interlude towards the very end, though it's not a melody so much as a series of sliding chirps before the final slow fadeout. If not quite the most abstract recording Motzer has been involved in, it's not far off. 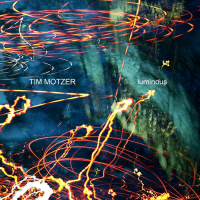 While very much in the same dreamlike frame of mind, this session is still busier than its more impressionistic predecessor. The opening loops move faster; this time the droning shimmers and scraped notes (made by bowing the strings) are prominent enough to suggest presence more than absence. The layers build to something of a clamor before they have time to fade out. Some atonal chimes suggest the ringing of a sinister haunted music box, before they also fade to be replaced with fuzzy plonking and laser-like squealing. Quick notes flit past like electrical sparks whizzing through wires until they fizzle out.

Motzer can't quite seem to make up his mind how this set feels once the second part arrives. It's noticeably calmer and even lighthearted to start. A light rhythmic bed of more guitar taps gives a hint of tribal trance, but eventually get interrupted by sudden stabbing slash chords. By the time the set is over he's drifted back to high swirling motes of light, backed up with the aural equivalent of shimmers on a lake. This is what people mean by sayings like "trust the process." Calm, ear- catchingly weird, surprising or even disorienting, these meanderings tap into something beyond just one player and one instrument, even if it's something elusive that doesn't try (or need) to make sense.