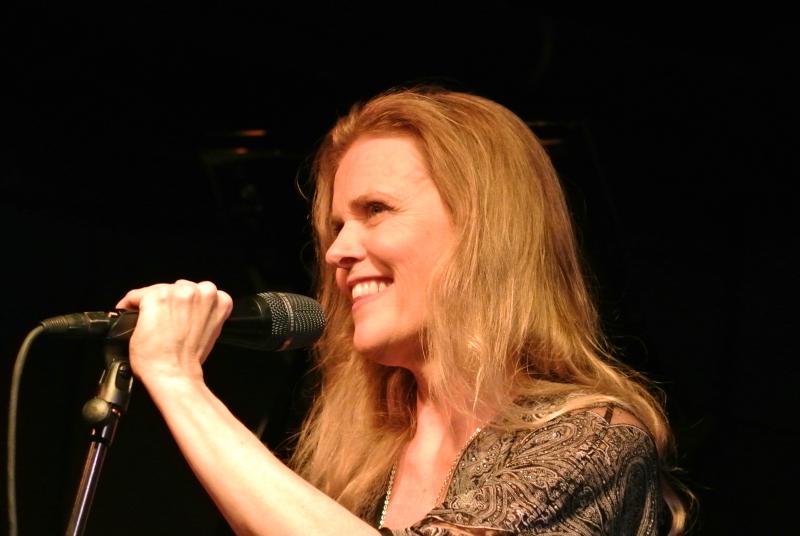 In jazz circles, educated and experienced listeners often steer clear of first nights and opening sets of multi-night engagements. They rigidly adhere to that maxim about bands—be it an ad hoc formation or a working band—being a bit rusty or out of sync when a run begins. And while that's often the case, it's not a given. Some groups simply operate at such a high level that they can come on like a well-oiled machine from the get-go. The Tierney Sutton Band proved that point during its first set at Jazz Standard on a frigid Thursday night.

Over the course of an hour, the Tierney Sutton Band captured the imagination and conjured musical spirits. It was plainly evident that, after more than two decades together, this band needs no warm-up set. The band was "on" right from the start, as Sutton's chill-inducing wordless vocals floated over a backdrop of muted floor tom, bass played with timpani mallet, and strummed piano strings at the outset of "Oh Shenandoah/The Water Is Wide." As the band transitioned from the first number to the second one there, mystical overtones were replaced by a sense of calm. Next came "Softly, As In A Morning Sunrise," the opening track from I'm With The Band (Telarc, 2005). Sutton set things in motion on this one, but the piece belonged to pianist Christian Jacob, whose solo was the centerpiece.

From there it was on to "Diamonds Are A Girl's Best Friend," grounded by some supremely grooving drum work from Ray Brinker, and off to "Happy Talk," a request granted by the singer. The band then remained on The Great White Way for the remainder of the set. First, they referenced Something Cool (Telarc, 2002) by performing the triple-shot from My Fair Lady that appeared on that album. "Wouldn't It Be Loverly," with a winning bass solo from Kevin Axt and the repetition of a catchy, five-note triplet-based tag, was a treat to behold; "I've Grown Accustomed To His Face" was completely mesmerizing, thanks in large part to the rubato delivery of Sutton's hypnotic vocals playing against the subtle, fixed-time backing from Axt and Brinker; and "Show Me," moving from a martial quarter note pulse to lively swing, with detours to Afro-Cuban groove arenas and other locales, ended this portion of the show with a bang. Before returning to the music, Sutton joked about the band's abilities to "twist, spindle, and mutilate" different songs through its arrangements, but, humble as she is, she didn't mention how that skill has positioned this band as a trailblazing outfit. By reshaping standards and other choice material, and by erasing the dividing line between vocalist and instrumentalist, the Tierney Sutton Band has set an example for up-and-coming groups to follow.

Sutton prefaced the final numbers in the set with some self-deprecating stage banter about her seven Grammy nominations—five with the band, two without—and her lack of wins, and the tale of her parents' trip to see West Side Story on their first date. That proved to be an apt introduction for the two numbers from the Grammy-nominated American Road (BFM, 2011) that followed—a serious "Somewhere," with some reharmonization from Jacobs' piano, and "Something's Coming/Cool," moving from the ominous to the exciting before ending on a powerful note. It would be tempting to call the latter number a high point in the performance, but that would imply that there were lulls or valleys when, in fact, none were to be found during this set.