UNI Jazz Band One: This Is the Band

By JACK BOWERS
December 1, 2013
Sign in to view read count 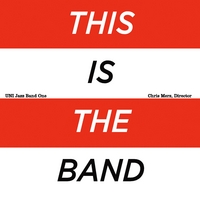 UNI is the University of Northern Iowa, which has had a respected Jazz Studies program for more than three decades, first under director Robert Washut and more recently under Chris Merz whose charges have recorded and released their tenth CD since Merz assumed the reins in 2002 (the band recorded eleven albums under Washut's guidance). Six of the nine selections on This Is the Band were written and / or arranged by members of the ensemble; the others were composed and arranged by Merz.

Three of the student compositions ("Rings of Jupiter," "Antonio's Big Day," "Confession") were written by trombonist Brian Martin. On the gently swinging "Big Day," trumpeter Antonio Garza's trumpet is out front alone for the first 1:20 before the band joins in; after that, Garza assumes the spotlight again for several animated choruses leading to a series of burnished ensemble passages in which drummer Nic Addelia plays a starring role. "Jupiter's" assertive phrases are underscored by tenor saxophonist Nathan Schroeder and guitarist Patrick Daugherty, while "Confession," which wraps up the (partially) live performance at UNI's Russell Hall, is a polyrhythmic charmer that showcases Schroeder, fellow tenor Nathan Nathan Temeyer and pianist Jon Snell.

Snell is featured again on his arrangement of Chick Corea's "The Loop," and solos with Addelia and soprano Gabe Scheid on another Corea composition, the carefree "Morning Sprite," whose arrangement by Temeyer raises the curtain on this thoroughly engaging concert / studio date. As for Merz, he wrote and arranged the debonair "Shoot the Dog" (solos by Schroeder, Snell, Addelia and trombonist Brian Crew), the lively ." . . And So But Anyway" (Crew, Temeyer, Addelia, alto Marian Marturello, vibraphonist Aaron Ottmar, bassist Joel Conrad) and the esoteric and uncommonly named "(Alternate Title)," whose strident yet suitable solos are by Daugherty, Conrad, baritone Madeline Young and Schroeder, who introduces the tune with almost three minutes of unaccompanied ad libs. Scheid arranged Dave Brubeck's enchanting "3 2 Get Ready," on which he solos with Snell, Garza and Addelia.

All things considered, This Is the Band may rank among the best of UNI's ten albums recorded under Merz's supervision. And even if not considered in that light, it's a splendid portfolio from start to finish, one that explicitly depicts the band's continuing growth and development.

Morning Sprite; Rings of Jupiter; Shoot the Dog; The Loop; Antonio’s Big Day; . . . And So But Anyway; 3 2 Get Ready; (Alternate Title); Confession.

Title: This Is the Band | Year Released: 2013 | Record Label: Self Produced

About University of Northern Iowa