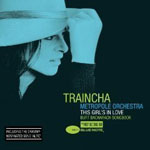 You don't need to be Austin Powers to enjoy Burt Bacharach. The composer is a primogeniture descendant of the geniuses who created the great American songbook—the Gershwins, Cole Porter, Hoagy Carmichael, Irving Berlin, and their contemporaries. Usually in the company of lyricist Hal David, Bacharach wrote and arranged some of the most grown-up chart music of the 1960s, a body of work that enjoyed huge success despite everything—first Bob Dylan, then The The Beatles, and finally acid rock—that was thrown at it. David may not be a literary sophisticate on quite the same level as his own forebears, but 50 years on, Bacharach's music not only endures but sounds fresh and vibrant.

The 1960s were Bacharach's purple period, but he's continued to write, and have hits, in the decades since. In 1998, he teamed up with singer and lyricist Elvis Costello for the well received Painted From Memory (Mercury). In 2009, now an octogenarian, Bacharach has given his blessing to Dutch singer Traincha's This Girl's In Love—actually drawn from two separate albums released in Holland in the last few years—playing piano on three tunes and contributing a new one, "Who'll Speak For Love."

The earliest of the 18 songs covered on This Girl's In Love are "Waiting For Charlie (To Come Home)," a hit for Etta James in 1962, and "Don't Make Me Over," an even bigger hit for his soon-to-be vocal muse, Dionne Warwick, later that same year. There's a choice selection of other classics—"The Look Of Love," "I'll Never Fall In Love Again," "Walk On By," "I Say A Little Prayer," "What The World Needs Now" and another half dozen prime cuts including, of course, the title track—and the chronology continues up to "God Give Me Strength," from the Costello album, and the aforementioned "Who'll Speak For Love."

Despite the fact that This Girl's In Love is on Blue Note, Traincha (born Trijntje Oosterhuis) isn't a jazz singer and the Metropole Orchestra isn't a jazz band. The arrangements, by Patrick Williams and Vince Mendoza, are mellifluous and musicianly, with the vocals right up front; closer to the tradition of big band-with-singer (and in this case a lot of strings) that was a not so distant relation of jazz from the 1930s through the 1950s.

And for all the above we can be grateful. For what shines through here are Bacharach's melodies and David's lyrics, sung and played as the composers originally intended—un-restructured and through-composed. Some of the songs are poignant, some are bittersweet—a few, like "Waiting For Charlie (To Come Home"), are downright desolate—but the abiding ambiance is upbeat and optimistic. Love is the constant lyric concern, and the word "love" itself crops up in five of the titles (six if you include its unspoken presence in "What The World Needs Now"). It's music designed spread a little joy, and it does.

Do You Know The Way To San Jose; The Look of Love; I'll Never Fall In Love Again; This Girl's In Love; A House Is Not A Home; Don't Make Me Over; Anyone Who Had A Heart; Love Is Still The Answer; Walk On By; Waiting For Charlie (To Come Home); Alfie; This House Is Empty Now; Who'll Speak For Love; I Say A Little Prayer; They Long To Be (Close To You); Raindrops Keep Falling On My Head; God Give Me Strength; What The World Needs Now.