By GLENN ASTARITA
January 6, 2010
Sign in to view read count 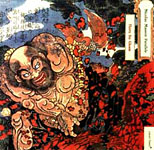 Masson and his accomplices dish out driving jazz-rock pulses with large doses of punch and snap, yet equalize their approach with ethereal passages, sparked by Colin Vallon's airy Fender Rhodes work. However, Vallon and Masson align as a formidable improv duo amid brash movements and scorching grooves. Hence, the rhythm section—bassist Patrice Morel and drummer Lionel Friedli—plays a prominent role within the totality of the program, in concert with the front line's interweaving ebbs and flows. Masson possesses singing qualities, often shifting the unit into sonorous motifs where he toggles between high-impact and yearning lines.

Another component that serves the band well is its sense of balance. The musicians alternate an ominous and thrusting sound with introspective dialogues that blossom into full-throttle assaults. On "Yeah Baby," Masson's linear phrasings and Friedli's cymbal swashes provide counterpoint to Vallon's understated voicings and Moret's sublime bass notes. And they convey lots of depth by gelling the overall vibe into an ascending theme-building exercise, hued by knotty unison choruses and a take-no-prisoners mindset. Ultimately, Masson parlays a rather emotive and multicolored panorama of Taiso's artistic designs. Imagery becomes reality through the ever-expansive capabilities of progressive-jazz, used as a multi-tiered vehicle throughout this persuasive endeavor.