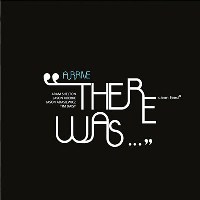 It is astonishing to consider just how many differing ensembles in which a modern jazz musician might participate. Take, for instance, the players heard in alto saxophonist Aram Shelton's Arrive. Besides his own band Rolldown, vibraphonist Jason Adasiewicz can be heard in seven other bands, including those of Rob Mazurek, Mike Reed, and Nicole Mitchell. Likewise, Tim Daisy (Ken Vandermark's favorite drummer) lists thirteen active bands, and bassist Jason Roebke, a half dozen. For his part, Shelton (who splits his time between Oakland and Chicago) lists another dozen bands, include the West coast groups Cylinder, Ton Trio, and Marches, and, from Chicago, the Fast Citizens, Rolldown, his Quartet, and the band heard here.

The inclusion of Adasiewicz's vibraphone adds both a second percussionist and a chordal instrument. His literally striking performance elevates Shelton's compositions, focusing the music on both melody and physicality. The pulse applied by bass and drums can sometimes be ignored, but Adasiewicz's vibraphone on the title track pushes Roebke and Daisy to the forefront, emphasizing that pulse. As a working band, Arrive maintains a tight rein on the compositions. "Cradle" begins as an odd-timed waltz that evolves into a delicious 4/4 groove; the Same goes for "Frosted," Shelton introducing this restrained and quiet piece, before giving way to some interplay between Adasiewicz and Daisy. Elsewhere, Roebke's bass fuels "Lost," before stepping into a gnarled solo and silence, the band bringing him back into the intricately woven song.

Where this disc shines is not in the soloing but the melodies and orchestrated group interplay. Shelton's composing, and his sense of space in choosing musicians who play well together is a gift. This combination might be the best coalition of Chicago artists working today.