Chimaira: There Is No Alternative 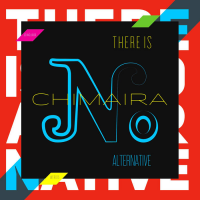 Eminent audio engineer Walter Quintus wields his magic on this pristinely recorded effort. The wide dynamic range of this LP offers the listener amazing detail and clarity, where you can feel every pluck of a bass string and gentle cymbal hit. From a musical stance, this superior European quartet covers all the bases within a hybrid, progressive jazz and experimental paradigm.

The band has quite a few weapons in its arsenal, where many pieces are crafted on a surfeit of ideas or propositions that transpire at a nanosecond's notice. With peppery discourses and seemingly innumerable contrasts executed by saxophonist Philipp Gropper and pianist John Schroder, the brisk and fluent chain of events, augmented by knotty unison phrasings and textural rhythmic mechanisms are only part of the big picture. They also engage in hyperactive improv exchanges and swarming crescendos, where sub-plots and micro-motifs are resonantly stitched into multihued and at times, ferocious theme-building extravaganzas. Moreover, various works feature Oliver Potratz' supple bowed bass musings and Schroder's sprawling notes via linear progressions and concise reverse-engineering forays. Yet the ensemble does tone it down in spots.

On "For F." Gropper and Potratz sound like two comrades engaging in a heated argument, leading to drummer Alex Huber's polyrhythmic blowouts. And "Feathers," is a brusque etude, sparked by the pianist's cyclical chord patterns. Indeed, it's a piece erected upon several moving parts. But the rhythm section funks it up during the bubbly "Bon Voyage," cascaded by the soloists' spirited and fragmented conversations amid a few teaser spots, and a simmering groove that eventually rockets skyward. Hence, the album monikerThere Is No Alternative, could inadvertently suggest that you may need to look far and beyond to find many recent avant jazz albums that accomplish so much goodness in a relatively short slice of time.

No Salvation; Faces; Aussicht; For F.; Feathers; Bon Voyage; To Be Continued.