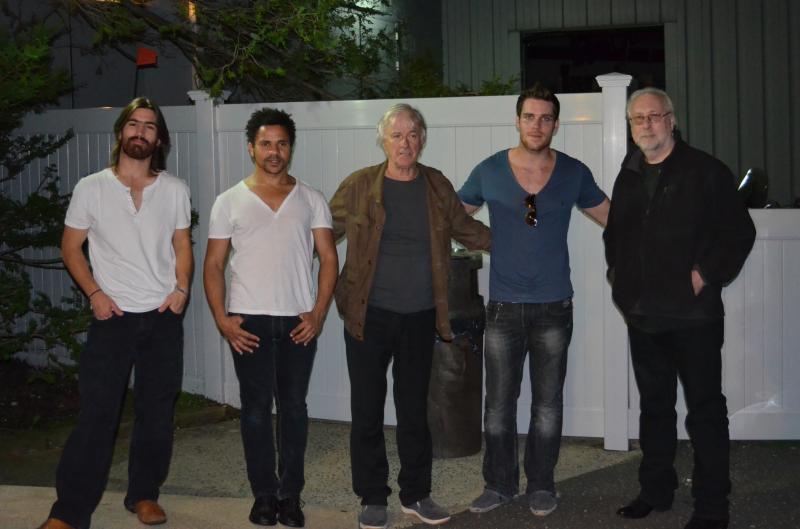 By MIKE PERCIACCANTE
October 15, 2011
Sign in to view read count
The Yardbirds and Dave Mason
NYCB Theatre at Westbury
Westbury, New York
September 9, 2011
Three members of the Rock 'N' Roll Hall of Fame touched down in Westbury New York on a cool and pleasant Friday evening in early September. The crowd, featuring fans of all ages, buzzed with anticipation as they discussed their anticipated and hoped-for song offerings from both The Yardbirds and Dave Mason. "Do you think they'll play 'Little Games'?" They did. "Will he (Dave Mason) play Traffic songs tonight?" He did. "I can't believe that I'm going to see The Yardbirds and Dave Mason play together." They played the same stage, but unfortunately didn't jam together. "Do you think there will be any special guests?" Sadly, there weren't. "I hope that they rock tonight." They sure did.
The Yardbirds are known to casual fans as the band that launched the careers of Eric Clapton and Jimmy Page. They began in the early 60s playing blues covers and R&B, and as their career took off, they began to experiment as their sound morphed more toward the rock 'n' roll spectrum. They have been called the fathers of British R&B, Psychedelic Rock, and Heavy Metal.
The reconstituted Yardbirds (featuring original members guitarist Chris Dreja and drummer Jim McCarty—along with new members bassist David Smale, singer Andy Mitchell, and guitarist Ben King) were up first. While the three young guns aren't Paul Samwell-Smith, the late Keith Relf or Eric Clapton/Jeff Beck/Jimmy Page, they are a breath of fresh air and have provided the band and audience as well with a very fresh take on the Yardbirds' classic catalog. Dreja and McCarty have unearthed amazing players in Smale, King and Mitchell, who play and sing with passion. By the end of their set, the smiles on the faces of the fans (and Dreja and McCarty, too) gave clear indication that the newcomers were excellent additions.

The band hit the stage and immediately launched into the rave-up "I'm Not Talkin'" from 2003's Birdland (Favored Nations). Their hits-filled set included "Tinker, Tailor, Soldier, Sailor," "Drinking Muddy Water," "Heart Full of Soul," "The Train Kept A-Rollin,'" "The Nazz Are Blue," "Over Under Sideways Down," "Glimpses," "I'm a Man" and "Little Games." The appreciative crowd leapt to their feet as the show culminated with a tour-de force closing medley that included "For Your Love," "Happenings Ten Years Time Ago" and a heavy jamming version of "Dazed and Confused." 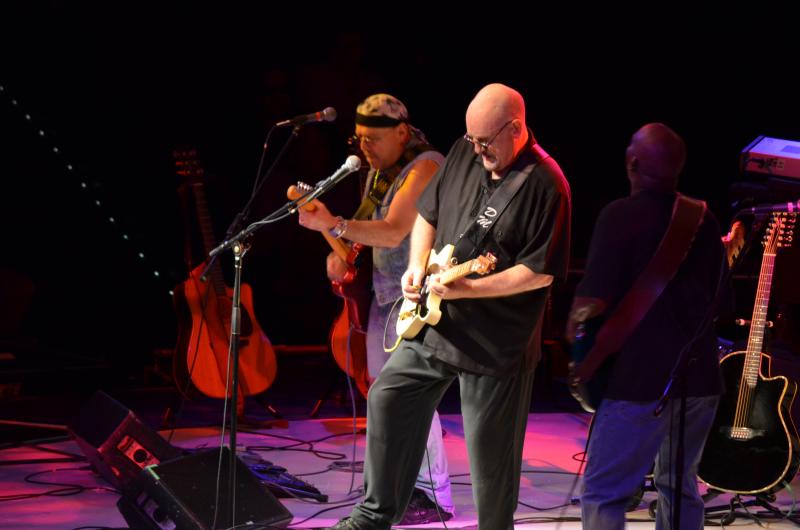 Dave Mason was born in Worcester, England in 1944. A professional musician before his twentieth birthday, he played in a number of forgettable bands and released a few singles in 1964 and 1965. Shortly thereafter he took a job working as the road manager for the Spencer Davis Group, whose lead singer was Steve Winwood. In early 1967, Winwood left that group and formed Traffic with Mason,Chris Wood and Jim Capaldi. Mason left Traffic after their second album, moved to California and embarked on a long solo career.

Standing backstage just before they were to go on, Mason asked his band, "Are we ready? Does anyone have to tinkle? No? Okay, then; time to make the donuts." With that statement, followed by a smile and a chuckle from each band member, they ran onto the stage and played "We Just Disagree" followed by a career-spanning set of solo offerings: "So High (Rock Me Baby and Roll Me Away)," "Let It Go, Let It Flow," "Look At You, Look At Me" and "Only You Know And I Know"). After that it was Traffic songs ("Dear Mr. Fantasy"), covers (an amazing version of "All Along The Watchtower" and "Gimme Some Lovin'") and a surprise offering ("Feelin' Alright?") that, while a Mason-penned Traffic song, is more often associated with Joe Cocker.

Mason's show was well-paced, fun, and rockin.' He was in superb voice and spirits. His guitar playing was smooth and robust with amazing tone, soaring solos and lightning-fast picking. The genuine, warm and funny banter he had with the audience touched on a number of subjects—his friendship with Jimi Hendrix; Jim Capaldi; how he came to write "Feelin' Alright?" and Traffic—"When I was 16, I formed a band called Traffic with some friends, two of us are still around and two of us have passed." When the crowd cheered and gave a rousing round of applause, Mason continued, "Hey, I'd love to get together again, but you'd have to ask Mr. Winwood. I'm all for it."

As the show came to an end, Mason invited the audience to meet him ("Come up and say hello.") at the merchandise stand in the lobby. When last seen, he was chatting amicably with his fans as he signed CDs, T-shirts, pictures and memorabilia for his adoring fans.