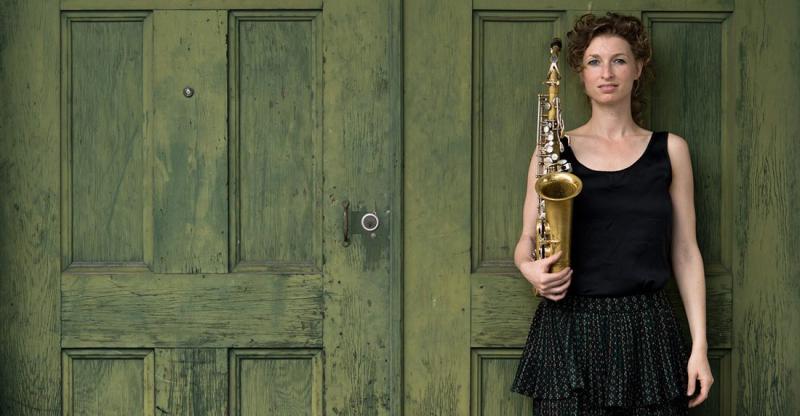 By HRAYR ATTARIAN
January 3, 2017
Sign in to view read count
On December 19th 2016, the first international online jazz contest ended with the announcement of the three winners. Organized by Valerio Pappi the artistic director of "7 Virtual Jazz Club" the inaugural edition of this innovative competition was dedicated to cornetist Nick LaRocca. Born of Sicilian parents in New Orleans, La Rocca, despite the controversies surrounding him, is of immense historical importance as leading the first ever jazz recording. The disc, of course, is the 78 RPM Dixieland Jass Band One-Step (Victor, 1917) and La Rocca's group, the Original Dixieland Jass Band.

From April 15th till October 25th of 2016, more than 300 musicians, from around the world, submitted short performance videos online. Out these entries the twenty-one-member panel of judges chose 70 that were hosted on the Club's web-based platform divided up among seven "rooms," each one named after a legendary jazz artist. Both the judges and the public then got a chance to vote on each of the clips and the three top rated ones in each room moved on to the semifinals. After another round of balloting all but eight contestants were eliminated. The judges then ranked each one of the finalists and the compilation of those lists resulted in the three winners, each receiving a cash award commensurate to their standing.

Who are these artists that made it to the top? In first place is German born and Swiss based saxophonist Nicole Johänntgen. Her entry "Flugmodus" is an energetic and lyrical performance with her working group. It demonstrates a rare balance of lilting melodicism and fiery spontaneity. Johänntgen's wailing soprano saxophone solo is peppered with hints of melancholy and is full of emotive ardor. Oud player Nehad El Sayed adds a touch of oriental mysticism while pianist Marc Mean contributes haunting refrains that are simultaneously angular and fluid. The seamless interaction among the various band members is delightfully thrilling and the harmonious mix of diverse genres reflects the universality of improvised music.

A child prodigy, Johänntgen took piano and saxophone lessons in her preteen years and started performing in the jazz idiom at the young age of 13. She studied composition and saxophone at Mannheim under the tutelage of such accomplished musicians as Dave Liebman and Phil Woods.

Johänntgen has released six CDs as a leader, taught master classes in Hessen Germany and Washington University in St Louis USA and travelled the world as a musical ambassador. In addition, she founded the project SOFIA (Support Of Female Improvising Artists) to help musicians directly market their work.

In second place comes the sophisticated quintet The Jazz Fingers. Based on the Spanish island of Majorca the tenor saxophonist Miquel Àngel Rigo leads this group of like-minded musicians that also includes trombonist Tomeu Garcias, pianist Jaume Riera, bassist Joan Garcias and drummer Teo Salvà. The band's influences range from the cool sounds of trumpeters Miles Davis and Chet Baker, the intensity of saxophonist John Coltrane and the elegance of bandleader and pianist Duke Ellington.

Their entry, "Bill Tone" reflects all the above elements in a cohesive and suave hard bop piece with a breezy, Latin tinge. The main melody is intricately constructed yet allows plenty room for individual expression. The improvisations flow naturally out of the stimulating ensemble performance and are refreshingly inventive.

The third winner is pianist Miguel Andres Tejada whose contribution, the vibrant and exciting "Rumbeando" also won his native Dominican Republic's Ministry of Culture music award. On it Tejada expresses his western classical influences with a dynamic Latin passion. His trio navigates the exciting intricacies of the Afro Cuban leaning composition with grace and spirit. A virtuoso on the keys, Tejada studied with Cuban music masters in his home country as well as at the prestigious Berklee College of Music in Boston. He also works with Dominican youth discovering hidden talent and allowing gifted musicians to pursue further education in Europe.

The remaining finalists include the Korean-American pianist Yoonmi Choi and her trio, the Slovenian alto saxophonist Jaka Kopach and his New York Quartet, the Dutch genre bending collective Mn'Jam Experiment, The US based D.O.G Trio and the Thai guitarist Pamai Chirdkiatisak.

Choi is a classically trained musician who received her education both in South Korea and the Netherlands. She has performed at multiple venues in Europe, Asia and the USA. Currently based in New York, Choi's trio also includes bassist Tyler Luppi and drummer Samvel Sarkisyan.

Kopach is another Berklee graduate who has already released two CDs as a leader. In 2008 He placed 3rd in the Jukka Perko International Jazz Saxophone Competition in Finland. His New York Quartet consists of pianist Danny Grissett, bassist John Ginsburg and drummer Willie Jones III.

Mn'Jam Experiment is an ensemble that uses electronics, videos and other media during their inventive performances. It features Melissa Oliveira on vocals, JAM on visuals and turntables, guitarist Virxilio da Silva, bassist Matt Adomeit and drummer Tuur Moens.

The D.O.G. Trio consists of the Berklee alumnae drummer Jordan Rose and keyboardist Eric Finland on the Hammond B3 and the Italian guitarist Noé Socha. Their music is heavily influenced by delta blues as well as funk.

Chirdkiatisak is a young guitarist and a recent graduate of Mahidol University College of Music in Bangkok. His quintet, "Seua-Dam" or "Black Tiger," was the winner of the 9th Thailand Jazz Competition in 2014 and received His Majesty King Bhumibol's Trophy.

With this innovative idea Pappi and the 7 Virtual Jazz Club have created a contest for modern times. Utilizing a digital platform, they have encouraged and made it easy for talented artists from around the world to reach an international audience. As such, they are contributing to keeping improvisational music and jazz alive.