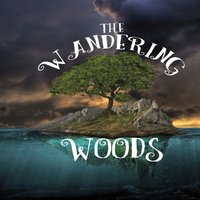 The Wandering Woods' self-titled EP is an invigorating collection of jam-band style improvisation, fusion, and psychedelic rock with a unique twist.

When it comes to music where improvisation is a key element, the chemistry between the band members is obviously extremely important. The Wandering Woods certainly took their time to build a cohesive musical unity within their band, going for an eclectic, yell well-conceived tone. The songs here make for an organic flow of music where many different ideas collide, going for a stunning retro approach to sonic aesthetics that echoes back to the late '60s and early '70s. In this release, you will find Jimi Hendrix-style guitar antics, as well as exotic percussion, edgy melodies and sophisticated arrangements that add a kaleidoscopic array of colors and textures.

Although there is definitely a structure to the songs in this release, the instinctive improvisational element is certainly a big part of the sound of this group. The songs featured on this release make me think of artists such as Led Zeppelin, Nektar, or King Crimson, but with a more open-ended feel and a different dynamic approach.

About The Wandering Woods