By EYAL HAREUVENI
July 26, 2014
Sign in to view read count
Norwegian vocal artist Stine Janvin Motland is known for highly original, extended vocal techniques. Her range and imagination mark new frontiers for the natural acoustics of the human voice. Motland previously recorded with drummer Ståle Liavik Solberg in S/S Motsol, and with he and local sax hero Frode Gjerstad, plus American cellist Fred Lonberg-Holm in the quartet VCDC. She has slap worked with her home-town, Stavanger-based Kitchen Orchestra and collaborated with other Scandinavian sonic innovators like Maja S.K. Ratkje and Mats Gustafson. Her two solo albums feature two different forms. 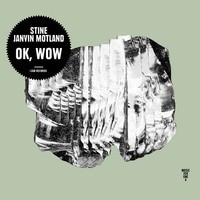 OK, Wow was recorded over a two day session, in a wooden church outside Bergen, and employs the sounds of nearby kindergarden children and, naturally, the insistent Bergen rain. These surroundings demanded Motalnd to fill and respond to the building's acoustics and to explore the scope of her voice.

Motland's vocal command is fantastic. She sounds as if there are no limits to the human voice, using clarity that is unique. She explores different aspects, creating concrete poems as fragile, emotional manifestations of herself.

Her vocal utterances can be a rapid series of unintelligible syllables, troubling emotional refections, nervous or excessive, repetitive gibberish. She produces angelic, reverential voices, playful with inventive chants like an alien monk or attempts to pierce the sky with intense shouts. On the longer pieces, "Kroken" and "II," she structures precise minimalist textures, patiently intensifying a distinctly profound emotional effect. She chooses to finish this arresting journey with a playful meditation and question on her own art, "Nicht Jeder Kann ein Dramatischer Koloratursopran Sein," and answers in her own personal way. There are no limits to her imagination. 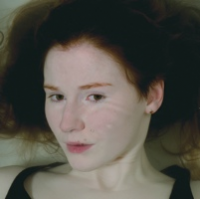