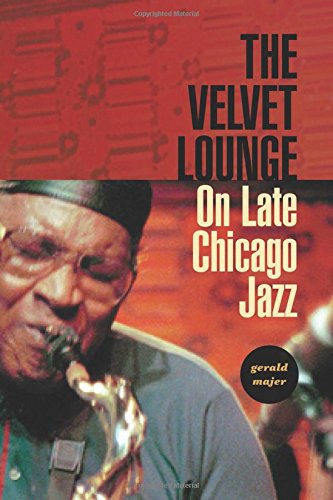 Three men sit around a table in a restaurant that—for one night a week—masquerades as a jazz club. The dinner plates have been cleared, and we're waiting to settle the check. On the other side of a divider, the musicians are getting ready for the night's opening set. The service is slow so there's time to kill before we move into the part of the room where the music will play and finally get down to the real business of the evening. We catch glimpses of and greet some of the performers, most of whom have been encountered in the past, live and on recordings. Each of us is wondering what this particular ad hoc combination of personalities will sound like.

The heady buzz of anticipation has stalled temporarily while we continue to wait. Between the three of us, there's roughly one hundred and fifty years willingly spent in bars, clubs, concert halls, and venues of all shapes and sizes. (A couple of years ago one of us caught two sets at a Sunday morning flea market). The talk turns to whom, where, and when—the details of stories that diehard jazz fans inevitably trot out when there's some downtime. Our personal experiences as listeners and witnesses to jazz history overlap to some degree, yet, in part, it's the differences in perspective that make the conversation something more than, as one wag once put it, "You boys just swapping jazz baseball cards."

A recurring theme is long shuttered jazz clubs—Gulliver's, The Three Sisters, Boomers, The Jazz Forum, Slug's Saloon, The Half Note, just to name a few—all of them an integral part of who we are as jazz aficionados. Because we're in our sixties and seventies, the names attached to some of our cherished memories are becoming elusive. A hint—the name of a professional associate, a record date, or any other kind of minutia—is enough for someone at the table to hit on the name. (It helps to have like-minded friends.) Then, of course, there are the unforgettable performances, the impact and importance of which can't always be communicated to the teller's satisfaction. (You really had to have been there.) Lastly, there are the things we're done (and, perhaps, risked) for the privilege of witnessing peak experiences. As two of our wives sit and converse about other matters (they've been in this loop many times before and heard some of the stories more than once), one of us talks about falling asleep at work under a vehicle he was repairing, the result of a number of consecutive late nights of catching sets by an artist who couldn't be missed.

I discovered Gerald Majer's The Velvet Lounge: On Late Chicago Jazz shortly after its publication in 2005. Like the jazz recordings I return to time and time again, and the memories of live sets I often summon for inspiration, it never completely leaves my consciousness, exerting a profound influence—a broadening effect, a vista of possibilities—in the manner I look at the music and my experiences with it. Reading Majer is, at once, exhilarating, enlightening, disarming, and frustrating. At his best, Majer's writing induces the elation that one feels on those great nights when the artists can do no wrong, and the music stays with you long after the performance is over. When he offers points of view or impressions of particular artists—brief sketches of Wayne Shorter (p. 142), Andrew Hill (p. 153), and Roscoe Mitchell (p. 159) come to mind—they're informal and idiosyncratic, not weighed down by a ton of conventional music theory and certainly not pedantic. In other instances, you slog through a deluge of words, desperately trying to make sense of abrupt changes in reference and direction. During the course of one protracted paragraph, he moves from Rimbaud's system of vowels in relation to color, to a childhood game of smashing bottles on the tile floor of an abandoned building for the sheer pleasure of hearing the sounds and watching the glass explode, to whipping steel cutouts into the air, the shapes of which bring us back to Rimbaud—all in the service of making loose connections to jazz drumming. (p. 92-93)

Majer isn't a jazz historian, music scholar, or critic. He weaves aspects of these roles into the book, but his primary relationship to the music exists in conjunction with autobiographical sketches, floods of vivid imagery, speculation, imaginative leaps, literary references and, most of all, a wide-ranging interest in the natural world (parks and trees figure prominently in some of the essays) and the structures and systems that humankind imposes on it. In short, it's impossible—indeed, undesirable—to separate Majer's life, times, catholic interests and obsessions from his love of jazz. The book is unlike other jazz-related texts in that it doesn't leave you with a lot useful facts, isn't subject to glib interpretation, and doesn't have a uniform or easily recognizable perspective. Majer's complex, highly subjective account of his entanglement with the sounds of jazz makes my pre-performance conversations with friends seem quaint, as if from a distant era when things were much easier to explain and put in order.

At times Majer is not unlike an individual often encountered at various jazz events: The kinetic, wild-eyed, (usually) young man, transported by the music to a personal space, oblivious to all other realities. However, in Majer's case, sometimes the music-induced state of ecstasy is not simple and altogether pleasurable. In a passage about Roscoe Mitchell, he writes of "a music of rigorous invention at the same time so dazzlingly eccentric and exorbitant I despair of writing another word about it, only feeling an impolitic desire to shout, to roll on the floor...not because I'm being affirmed, the music giving me what I want, but because it's messing me up, it's taking me apart, it's a plaguing where I'm stalled and tranced in a rawly prepositional element, a wild territory of suspended objects, crisscrossed paths, vanishing trails." (p. 180)

Majer was introduced to jazz as a teenager at a used bookstore in Chicago he often frequented, where the cabdriver/proprietor continuously spun records and occasionally talked about himself. A brief outline of the circumstances of the arrest of tenor saxophonist Gene Ammons for drug possession (and an attendant seven year incarceration) while driving outside of, or perhaps through, the city's south side, overheard one night in the proprietor's cab, leads to the author's imaginative recreation of the whole event. "My account will only be a partial one," Majer cautions. (p.3). Sandwiched between descriptions of Ammons' art, the story revolves around a Chicago of territories, deeply divided by race. Did Ammons accidently stray beyond the boundaries erected by a white-dominated society and consequently seized by the police as an interloper? Was a black man driving a fine car on their turf an affront to civilization as they defined it? Or, was the bust a set-up, executed by a passenger in cahoots with a legal system hungry for a high profile case against an Afro-American hero who needed to be taken down a peg or two, thereby setting an example for others?

After concluding his version of the story of Ammons' arrest and adding more speculative material about the tenor saxophonist's experience in prison, Majer shifts to a night many years later, when he witnessed his idol perform at a club. He captures the unconscious sense of privilege, the voyeuristic detachment, as well as the weight of expectations that fans put on their heroes while in their immediate proximity. "I could watch him at my ease because he had nothing to do with me, he operated in the near yet ideal world of the music, the instrument, the intimidating superiority of his name and his art. That night, however, I felt myself drawing uncomfortably close, his gaze catching now and then on mine as though he felt its pressure, maybe resented the way I was sitting there gobbling him up, unseemly in the controlled swoon of the cognoscenti's delight." (p. 11)

In a chapter entitled "Stitt's Time," Majer posits alto/tenor saxophonist Sonny Stitt as the master of a mechanism of his own design and execution. He's "passion leashed with super control...brass rocket all systems go." (p. 15) Compared to some of the leading lights of the mid-twentieth century, Monk, Miles, Rollins, Coltrane, Adderley, and McLean, Stitt might just be "too perfect, too controlled. Mechanical, designed..." (p. 26) This perfection, Majer implies, is akin to the always pursued but never perfectly achieved ideal of the machine age; to produce more in less time. There's no holding onto or savoring any given moment, no room to pause and admire the architecture of Stitt's solos. Things often move too quickly to be accounted for, "the escape velocity of Stitt's flight precisely in the sliding and breaking apart, the instant spidering away from itself in the same work that was assembling it with such infinite care..." (p. 16).

In addition to describing Stitt's artistic self-mechanization, speculating on his relationship to Charlie Parker's towering achievements, and pledging devotion —..."I promise I won't forget, I won't, that night you plowed the air with shoulders high, your chest wide though you were slender" (p. 16)—Majer reaches into his own past for an account of a job in which he was a mere cog in a large machine. As a young man, he toiled on an assembly line for the Seeburg Corporation, repetitively performing a three-minute task on something that, after hundreds of other stops on the line, would eventually emerge as a jukebox. The work was well paid, mindless, and frustrating. ..."the atmosphere under the hangarlike ceilings often thickened with a common boredom, disgust, and at times rage." (p. 18)

Despite the overwhelming desire to reach end of shift and pursue satisfactions outside of the workplace, Majer and his peers on the line couldn't resist executing mini-rebellions to slow down the pace of production and force management to extend the workday into overtime. ..."if each of us slacked off a little bit—a slight languor in the arm, a screw dropping to the floor instead of being driven home, maybe trouble with the drill again, who could tell—it wasn't easy for them to identify a point of resistance, and if they did it wouldn't matter, because the point was moving, at the same time everywhere and nowhere." (p. 18-19)

The primal urge to pound something, to constantly strike an object or person as a means of bringing order or chaos, looms large over a chapter entitled "Batterie." Though Majer imaginatively writes about jazz drumming as practiced by Elvin Jones, Famoudou Don Moye, and—briefly—Ed Blackwell, the tales he integrates into the insights are dark, disturbing, and all-too-human. He posits an uncomfortable lack of distance between descriptions of the brilliant, twisted art form of Jones in particular, and the ways in which human beings pummel one another and physical objects into submission.