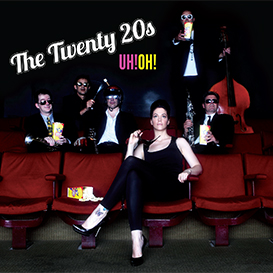 Late summer 2011 has produced two off-piste jazz vocal gems. The first was CTI Masterworks' reissue of Jackie Cain and Roy Kral's A Wilder Alias (CTI, 1974). The second is Hetty Kate and The Twenty 20s' Uh! Oh!. The disc focuses, lovingly, on standards from the 1950s and laces them, bizarrely but immaculately, with vestigial psychedelia, electro-acoustica and surf twangadelica. The result sounds like a David Lynch movie looks, but with a warm embrace replacing Lynch's icy grip on the spine.

For Uh! Oh!, Kate—British born, Australia based, and until now better known for more straight-ahead performances of the standards songbook—is accompanied by a quintet of Melbourne's finest, between them adept in swing, hard bop, lounge/exotica and rhythm-and-roots. Saxophonist Deal Hilson and trumpeter Vinnie Bourke deal out classic era Blue Note sounds with dashes of ska and Stax; bassist Steve Purcell (who also composed three of the album's four originals) and drummer Sharky Ramos keep things lithe and swinging.

So far, so solid for a group accompanying a charismatic and technically gifted vocalist whose gorgeous timbre carries echoes of Peggy Lee, June Christy and Julie London.

The genius instrumental ingredient, however—the ace in the hand—is tenor guitarist Dale Lindrea. The tenor guitar is a four-string instrument tuned in fifths, a structure which more or less necessitates unusual chord voicings and big interval jumps. To these Lindrea adds psychedelia, blues riffs, surf tropes, loops and a magic bag of electro-acoustic effects. When they first reach the ear, his counterpoints to Kate's vocals may sound startlingly, crazily strange, but, a nanosecond later, they reveal themselves as absolutely on song. It is reality, Jim, but not as we know it. 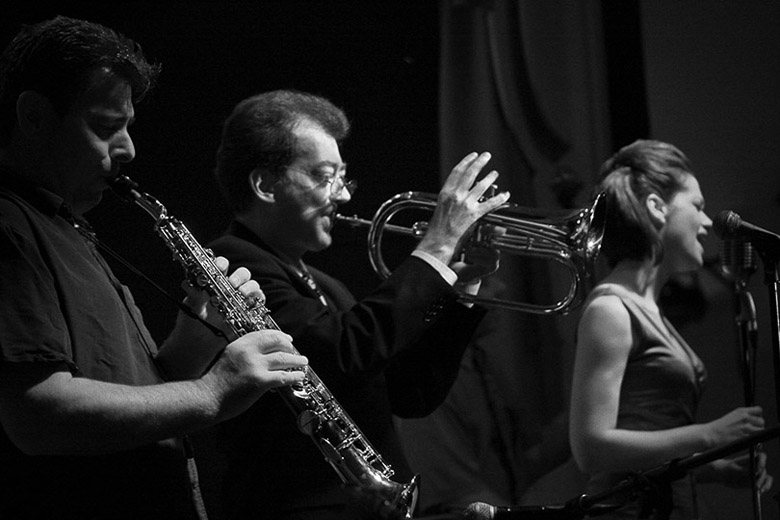 Lindrea's lost in space contributions are empathetically framed by the band's arrangements and post-production. The album was recorded over about a year, all in one room, by Purcell, with tracks collectively reviewed and recalibrated as the project progressed. Instrumental textures were gently twisted, dub effects alluded to, layers added, instruments moved back and forth in the mix. In front of all this, Kate's vocals remained relatively untouched, and the tunes' original melodies and underlying chord progressions left pretty much alone. The effect is hyper-real, sophisticated and quietly, totally, out of its tree.

The disc opens with the title track, a Top 40 hit in 1959 for scat-singing virtual band/animated cartoon The Nutty Squirrels, whose jazz-informed, speeded-up vocals narrowly predated The Chipmunks' poppier and, ultimately, more successful take on the gimmick. Surreal to start with, by the time The Twenty 20s are through with it—rubbing surf guitar up against a Lee Morgan-like trumpet solo—"Uh! Oh!" is doubly out there.

Three other covers are of songs made totemic by Peggy Lee, Tony Bennett and Sarah Vaughan: Cy Coleman and Carolyn Leigh's "I've Got Your Number," Sonny Burke and Paul Francis Webster's "Black Coffee"" and Bernice Petkere's "Close Your Eyes." There is a rock 'n' roll icon, Felice and Boudleaux Bryant's "Raining In My Heart;" a rhythm and blues classic, Allen Toussaint's "Workin' In A Coalmine;" and a British punk rock ballad, Pete Shelley's "Ever Fallen In Love," recorded by his band, The Buzzcocks, in 1978, but sitting comfortably alongside the older material. Purcell's originals are fine fare, particularly the spacey, minor keyed "Clouds," at 7:04 the longest track on the disc. But it is the covers—and the way they are covered—that ultimately lodge deepest in the head.

Warning! There is a YouTube clip of "I've Got Your Number," by Kate and the band, which is presented as a taster for Uh! Oh!. It is no such thing. It is a straight-ahead performance of the song, which, though perfectly decent, is several light years away from the version on this album. The clip of "Cellophane" below is a better representation, though you have to penetrate poor audio quality to get the flavor.

Tracks: Uh! Oh!; Raining In My Heart; Hymn For Him; Clouds; I've Got Your Number; Black Coffee; Ever Fallen In Love; Close Your Eyes; Cellophane.

About The Twenty 20s