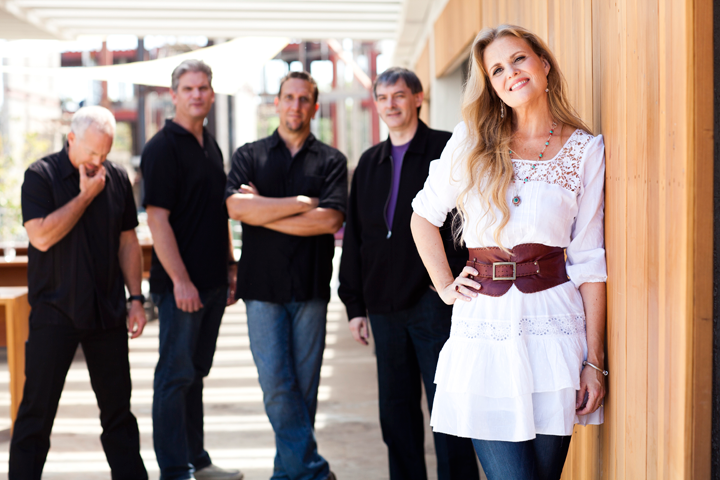 When Tierney Sutton holds a note it sucks the listener in like the gravity of an object slowly accumulating mass. Breaking the rhythm of her spare, surgically precise vocal brushwork, Sutton occasionally freezes on a certain pitch, taking the audience captive until they are forced to regard the intricacies of her timbral landscape. After a second or two, the drone ceases to sound like a human voice at all. The sound Sutton produces is so preternaturally consistent that it grows to seem fabricated—abstracted to a sourceless texture like a word uttered repeatedly until the phonetic aspects outweigh the semantic ones. The texture of her voice is as gorgeous and commanding as a vintage instrument, and when she isolates it for such prolonged stretches the overtone patterns that make it so singular begin to seep to the foreground.

Sutton's gift for commanding utter attention through simple gestures was apparent from the moment she perched on stage at the SFJAZZ Center's Miner Auditorium. Like many master performers, her stage personality—witty and patient—reflects and resonates with her musical identity. She began the performance with a period of listening, resting with her head bowed as the band gradually waded into a hymnal rendition of "Shenandoah." The three instrumentalists, Ray Brinker on drums, Christian Jacob on piano, and Kevin Axt on electric double bass, faded into the song with ruminative licks and drones, like an orchestra that unearthed a knack for improvising in the act of tuning. Sutton joined in the meditative fray with tasteful delicacy, nearly inaudible at first. Draping limpid, monotone hums over the mix, she lent her voice as a fourth instrument supporting the group's sound. It was therefore clear from the onset that Sutton's singing was meant to elevate the music, not to take advantage of it or relegate it to mere accompaniment.

Most of the time, in fact, it was not obvious that she was the bandleader. The Tierney Sutton Band speaks as a unit, playing with a cohesive vigor rarely achieved by vocalist-led groups—like an instrumental quartet where one member happens to wield her own voice in place of an instrument. Indeed, many of their arrangements cleverly incorporated the voice as a textural element rather than the sole melodic focus. Sutton's iconic style of vocal improvising (it would be too much of a stretch to call it scatting) focuses more on timbral experimentation and atmosphere production than on the rapid-fire runs and licks that have dominated the tradition since its dawn. On "Wayfaring Stranger," the singer built intensity by oscillating up and down a semitone, evolving her tone by gradually changing the shape of her mouth. The statement was so grippingly simple that every miniscule adjustment hit hard, and when she ended the breath with a wry twist upward from the corner of her mouth, the move cut through with style and potency. Sutton's minimalism left ample space for the other three players to stretch out, and the band celebrated each of her well-crafted notes with energetic and sensitive outbursts.

But while Sutton's graceful humility is largely responsible for the group's mutualistic accord, the primary culprit is time and commitment—the band has been consistently playing together for over two decades, and the years show. The group's unique and accessible arrangements are their forte, and they craft them collectively. The band played no originals at SFJAZZ, but their spins on standards and lesser-known classics are out of the box enough to practically qualify as new compositions. The Gershwin tune "On Broadway" featured one of their boldest and most effective arrangements. Centered around a clean but incisive groove, the song slinked forward with a wink and a sharp contemporary edge. Jacob calmly laid the groundwork with a repeated four chord motif that Sutton hummed along to, warming up her voice. When Axt dipped his toes in the water, plucking out a monotone rhythm in the upper register, the singer augmented his riff by spitting out syllables in coy whisper. Their pinpoint unison gave the impression of a single instrument, its vaguely electronic texture foreshadowing the hip-hop beat that Brinker dropped like a bomb. All three parts were intensely syncopated, with almost no hits on the downbeat, and Sutton confidently drifted over the interlocking pattern with expressive microtiming. The band veterans were not only locked in, but clearly grooving to the same stylistic wavelength, resonating off one another like the strings of an instrument.

It was this collective articulation of style that allowed the group to nail their repertoire of standards with such fresh modernism. "My Man's Gone Now," one of the gems of the band's discography, asserted its groove with a similar swagger. Axt and Jacob united for a bluesy bass line that skipped nimbly through the 17/8 meter as Sutton delivered the melody with delicacy. Their quirks were enough to distinguish the rendition without detaching it from the sentiment of the original.

This arrangement, along with other highlights like the show closer "Ding-Dong" (The Witch is Dead) and a premier performance of "In a Sentimental Mood," elegantly solved a paradox that plagues today's neoromantic jazz artists. Listeners often self segregate into one of two hyperbolic stances: jazz is either flying off the modernist hook, neutered and out of touch due to its relentless scramble for artistic progress, or it's hopelessly tethered to tradition, an archaic remnant fueled by nostalgia for America's once iconic art form. But the Tierney Sutton Band, in its evocation of multiple historical jazz variants, achieves the best of both worlds. Paying homage to the styles that form the bedrock of their idiom, they demonstrate a versatile mastery of jazz traditions without losing their contemporary spark or the nuanced, saucy charisma that distinguishes the group.