By C. MICHAEL BAILEY
December 2, 2009
Sign in to view read count
Guitarist Fred "Skip" Heller has spent much of 2004 to 2009 burning through the American soundscape searching for the the heart of these United States. In 2004, Heller released Fakebook (Hyena). Considered the pinnacle of the guitarist's organ trio period, Fakebook sheltered hints of Heller's musical restlessness in his inspired readings of Grant Green's "The Yodel" and Eddie Harris' "Cold Duck Time."

Already back to basics, Heller was to distill his vision of American music further with Mean Things Happening In This Land (Ropeadope, 2006) and, before that, Along The Anchorline (Ropeadope, 2004). 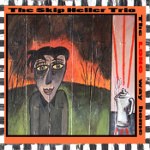 To say Skip Heller has arrived is absurd as he has been arriving since 1990. His new millennial time spent at Memphis' Sun Studios made him think of Merle Haggard and Buck Owens and the whole Southern California scene. The result is The Long Way Home, a collection of 10 Heller originals featuring the guitarist singing and my only question is, "What took him so long?"

Heller dons an acoustic guitar and fronts a simple bass-drums trio, spinning out refined country, blues, ragtime, Tin-Pan Alley and, well, you get the idea. "I Used To Love California" is nakedly autobiographical with lyrics so clever they could have only been conceived for a country song. "Southern Dreams" is a drive into post-Katrina New Orleans. Heller's imagery is sharp and clear, speaking of the city: "at first I'd say she was dusty brown but with that color skin, she was bright as a northern man's version of an old town southern dream."

Heller reaches perfection with "Duke Ellington In Tears." Over the shimmer of border-town Mexicana, Heller sings of Ellington late in his career appearing somewhere other than the Savoy Ballroom: "It was a gas-money gig at a high school, in some tiny town in central PA. He shut his eyes real tight, launched into Satin Doll as if the good times weren't so far away." This is prime Heller, doing a u- turn when you least expect it. A song about a big band performing in New England sung to the brother of Marty Robbins' "El Paso."

While perhaps predictable based on his recent output, Heller's The Long Way Home is a jarring departure form his most recent recordings. Even with that, it is hard to decide what to make of Lua-O-Milo: The Exotic Sounds of Skip Heller. The music is an outgrowth of a soundtrack commissioned by film-maker Greg Maletic for Tilt: the Battle to Save Pinball.

Heller is not within a country mile of a guitar on Lua-O-Milo. Instead, he is composer, arranger, producer and conductor of a merry band of oddly assembled instruments performing the most original music since the bar scene in Star Wars. Think of Sponge Bob Squarepants as an adult managing a hotel lounge on the edge of Bikini Bottoms, out by the airport (if they have such in Bikini Bottoms). The band he would hire would be Heller's playing this music. Don't think Don Ho, this is much too cool for that.

Standouts are clarinetist Bob Drasin, viola player Keith Barry and xylophonist/bass clarinetist Marc Sherman. The music made is smooth and seamless, a chic island groove, but not exactly. Kind of like trying to describe the genius of Skip Heller.