The Space Age of Mark O'Leary

By EYAL HAREUVENI
July 18, 2011
Sign in to view read count
Irish guitarist Mark O'Leary continues to produce intriguing concept albums, each time with different collaborators. Two recent albums feature O'Leary's forays in a symphonic-ambient style, similar to the symphonic-progressive rock of the 1970s, but with a less grandiose character. 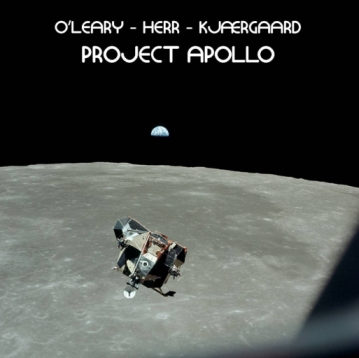 This project is dedicated to NASA's Project Apollo, or, as O'Leary chose to frame it: "to the ingenuity of mankind, the networking of many incredibly intelligent and diligent human beings all over the USA to send 12 brave Astronauts to the moon and back." O'Leary spent a year of research on this project, developing an atmospheric ambient aesthetic. He is joined by Danish keyboard player Søren Kjærgaard, in a rare sideman job as synth player, and Luxembourgian drummer Jeff Herr. O'Leary adds to the final mix the original voices of the astronauts, American president J.F. Kennedy, and NASA ground control staff.

It is a striking tribute. Partly because of the rare human effort and achievement it acknowledges, but mainly due to the the realization of humanity's humble place in a giant and fragile universe. The effective use of the voices of the astronauts, especially the ones of Apollo 11 mission that landed on the moon, who often cite the Bible as source of guidance and inspiration, enhance that feeling.

O'Leary edited and processed all the music and voices, and wisely chose not to compete with the astronauts' dramatic narratives. Instead he ntensifies their spirit of awe and elation with a spare, tough, nuanced soundtrack. The atmospheric sound has a stark ambiance that reinforces their historic narratives. 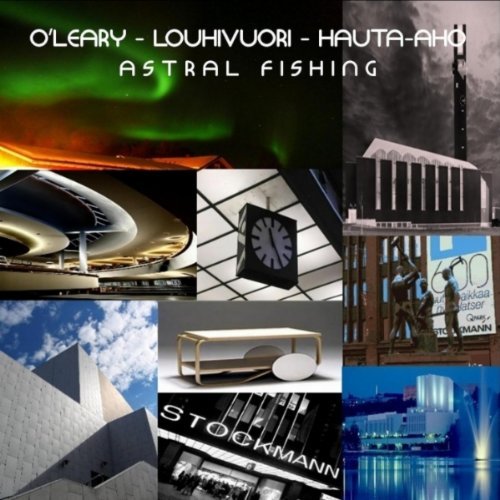 O'Leary continues to explore atmospheric ambience, but this time with two Finnish musicians—drummer Olavi Louhivuori and bassist Teppo Hauta-aho, whom he met on a short trip to Helsinki in 2008, when this album, and Live In Helsinki (Re:KonstruKt, 2008), were recorded. The compositions here pay homage to the eminent Finnish architect and designer Alvar Aalto (1898-1976).

The sonic envelope of the album, like that on em>Project Apollo, is meditative but with a richer and more varied sound, and there is a clear sense of collective interplay among all three musicians. Hauta-aho's impresssive sustained arco and O'Leary's stratospheric sound dictate the subtle, evocative atmosphere, while Louhivuori adds inventive colors on bowed cymbals and spare tribal pulses.

The patient and methodical development of the six collective symphonic-ambient compositions here are similar to the psychedelic-electronic experiments of progressive rock artists such as keyboards-tinged Tangerine Dream or Rick Wakeman, in their attempt to creative a new audio language through processed sounds that fit a coherent ambient aesthetic.

With these albums, O'Leary has succeeded in redefining his sound within new and intriguing frameworks.