The Song Poetry of William Parker

By JAKOB BAEKGAARD
June 19, 2018
Sign in to view read count
The voice is close to the essence of what it means to be human. Through the voice, we express ourselves and sing our sorrow. It goes back a long way to hymns, blues, arias and standards. Through the tunes we tune in to ourselves and forget our daily strife.

When songs are best, they become poetry. A succinct way of putting into words what can't be easily said. There is also relief in words. They can expand our world and connect the dots. This is exactly what bassist, composer and poet William Parker does in his songs. The album Stan's Hat Flapping In The Wind from 2016 was a profound statement in song from Parker, but a recent box set of songs, Voices Fall From The Sky, expands his vision with old tunes and new songs delivered in different constellations and with a plethora of voices. 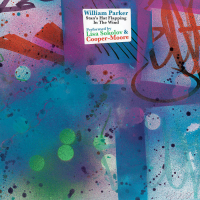 While Parker has been working with the human voice for a long time, both with vocalists and through the earthly singing of his bass instrument, Stan's Hat Flapping In The Wind still feels like a fresh start. A way of showing new possibilities in song.

The album was released in 2016 on Parker's own Centering label and distributed through AUM Fidelity. It is special in the sense that it features Parker as a composer rather than as an instrumentalist. None of the nineteen tracks include Parker's bass and instead Cooper-Moore's piano and vocalist Lisa Sokolov form the core of the album, with cellist Jake Sokolov-Gonzalez guesting on a single track, the tribute to saxophonist David S. Ware, "Invocation."

The line-up with piano and voice brings out the best in Parker's compositions and Cooper-Moore unfolds an entire musical world on the piano. Balancing at the edge of a cliff and gazing at the sea and stars, his lyrical lines build a bridge across Parker's words. Sokolov's voice is just as flexible, moving between intense gospel and silent whispers and Parker's words are pure poetry. He creates such impossible images as "The Death of Death" and such comforting beauty as the hymn to Butch Morris, "Soul In Heaven." Reversing the loss of the loved one, Parker turns it into a hopeful song where the deceased soul in heaven watches over the living and the promise is to come home again. 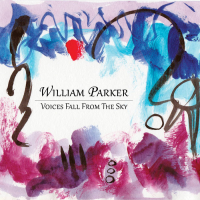 The strength of Stan's Hat Flapping In The Wind is underlined by the fact that two of the strongest compositions on the box set Voices Fall From The Sky can be connected to the album. The wonderful "Autumn Song" is directly lifted from Stan's Hat Flapping In The Wind and is a good example of how Parker combines the sensory experience of nature with music as sound and spirituality:

The lyric starts with a concrete observation of nature, rose petals that fall from a tree. The tactile experience of the observation is underlined through both touch ("soft") and olfaction ("fragrant") but nature quickly starts to become alive with music ("Trees play violins") and movement ("Cellos dance"). The connection between living nature and music is clear, but then the words also become sound and music. The mournful prayer of "please don't go" gains its effect exactly through repetition and the experience of pleading and the drops of rain become the rain of sound through "Rain love Rain love / Rain love Rain Love / Rain Rain Rain Love." Another important aspect here is the addition of love, the cosmic force that binds it all together, concrete (rain) and abstract (love) become one through poetry.

The understanding of the text is further enhanced by Parker's own note to the song where he tells about the origin of the lyric:

"Autumn Song was originally supposed to be a song made up of wordless vocals. F / Bb /Eb / Ab, all minor 7ths is what it is. With small bass pedals on the bottom. When Cooper-Moore (who plays piano here) and I got to Lisa Sokolov's house in Nyack, New York she told us the sad news that she was selling the beautiful house she was living in. We went through the song and as we rehearsed the words came to me immediately as if the trees outside were speaking saying please don't go. Trees as violins, and dancing cellos, right up my alley."

The booklet is filled with lyrics and wonderful observations and thoughts about the songs like this, including an anecdote about Parker remembering watching people playing tennis in the rain in Paris, France. The catch is that he did not do it alone, Andrew Hill, Sam Rivers and Matthew Shipp were also watching with him.

The other composition linked to Stan's Hat Flapping In The Wind is "Poem for June Jordan." Here it is sung by Leena Conquest instead of Sokolov and she does an excellent job as well. In fact, among the many voices on the box set, Conquest and Sokolov stand out as the most moving interpreters of Parker's songs.

The 3CD box set is overwhelming, divided into three sections "Voices Fall From The Sky," "Songs" and "Essence," it contains a sprawling portrait of Parker the song poet, covering everything from elaborate orchestral settings to intimate chamber music.

On "Band in the Sky," Parker references the great tradition of musicians, including Albert Ayler, John Coltrane, Duke Ellington, Wilbur Ware and many more. These are all musicians that play in the great band in heaven. Thankfully, Parker is not ready to leave yet for the band in the sky. He still has the gift of new music and songs to give. It is a blessing, and it is a privilege to receive these musical gifts.

Stan's Hat Flapping In The Wind

Tracks: Footnote to a Dream (for Miguel Piñero); The End of the World; Hero's Song; Beloved Soul; The Death of Death; Eternal (for Ornette Coleman); Norway; Soul in Heaven (for Butch Morris); When a Sound Dances; Mahalia; Autumn Song; All Love; The Greatest Revolutionary; For Jeanne Lee; Poem for June Jordan; Prayer; Invocation (for David S. Ware); Angel's Tear; Light.

Voices Fall From The Sky