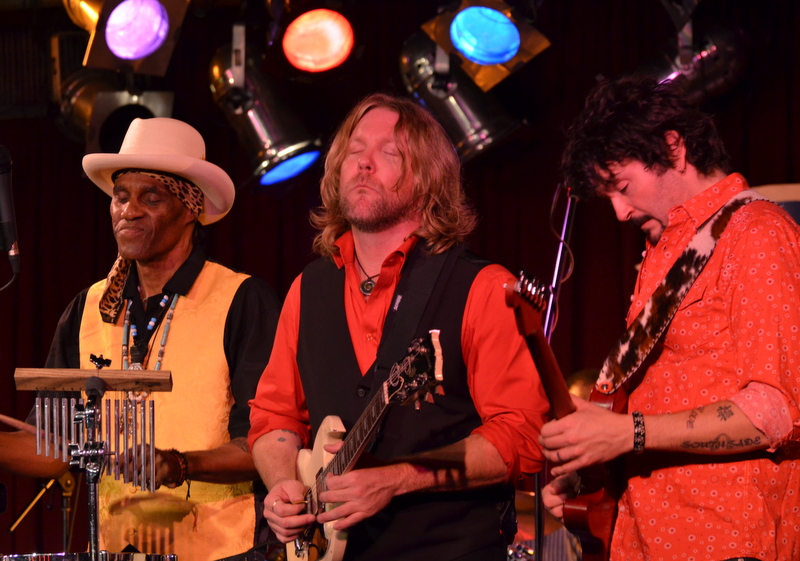 The Royal Southern Brotherhood is well-named. It is exactly what it should be: an all-star group of virtuoso musicians with roots in the south who play an amalgam of blues, soul, funk and southern- influenced rock. The band is part Neville, part Allman and all supergroup. It was formed during the summer of 2010, when Cyril Neville (percussion and vocals), vocalist and guitarist Devon Allman, and Mike Zito (vocals and guitar) began jamming in a secluded New Orleans studio. They were soon joined by Charlie Wooton (bass) and drummer Yonrico Scott.

Cyril Neville is a member of New Orleans' first family of roots and funk. He has scored hits as a solo artist, as a member of The Meters and as a member of Neville Brothers. He has also worked with Bob Dylan, Bono, Willie Nelson, Galactic and many others. Devon Allman is the son of Gregg Allman. He has graced the stage with his jamband Honeytribe and with others including Jack Bruce, Les Paul and The Allman Brothers Band. He is an accomplished guitarist and solo artist. Mike Zito is a virtuoso guitarist and a solo artist in his own right. The winner of 2010's Blues Music Award for Song Of The Year with "Pearl River" (co-written with Cyril Neville). Charlie Wooton (a master of the five string bass) now lives in New Orleans and had made a name for himself on the Atlanta club circuit, playing with his own band, as well as Zydefunk and jamming with the Wood Brothers. Drummer Yonrico Scott has been a member of The Derek Trucks Band and has played with Gregg Allman, Bonnie Bramlett and The Allman Brothers Band.

Touring behind its self-titled debut CD (Ruf Records, 2012) the group touched down at B.B. King's Blues Club & Grill on a pleasant, cool New York City evening. That was outside. Inside it was fiery! It was smoking! The band opened with a hot version of "Fired Up" and spent the next two hours delivering an amazing set that was rockin,' funky and full of great songs.

The band treated the crowd to a set of exactly what was expected— an evening of first-class bluesy rock featuring the economical and tasty guitar licks that Zito and Allman traded back and forth. The rhythm section of Neville, Wooton and Scott provided the funk and soul-drenched backbeat.

Including the encores, the band played thirteen songs. In addition to an amazing cover of "Fire On The Mountain" (before which Neville came center stage, asked if everyone was feeling all right and joked with members of the audience about Twitter and Facebook), the band played "Gotta Keep Rockin,'" "Left My Heart In Memphis" and "Sweet Jelly Donut" (featuring Zito on slide guitar and a very nice "Low Rider" groove). "Moonlight Over Mississippi" was a showcase for both Neville and Wooton. Neville (whose tambourine featured "Big Chief Jolly" written on the inside) sang from his heart about getting back to his woman while Wooton's bass drove the song. Allman shined on "New Horizons" (which he introduced by saying, "This is one of the coolest rooms in the Northeast. Thanks for coming out.") and the cover of "One Way Out" (with Allman's smoky vocals sounding eerily like those of his father, Gregg). 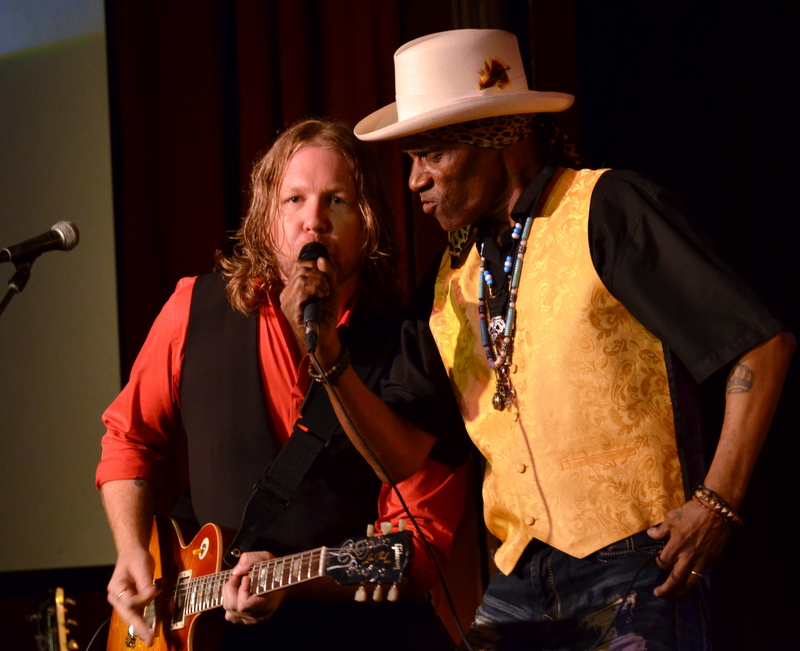 At the end of "One Way Out," Scott stepped out from behind his kit and joined Allman, Neville, Wooton and Zito for a group bow. The group then bounded off the stage. After a very short breather, the band was back. If the show was hot, then the two encores were incendiary. On the slow and plaintive "Time Machine" the musicians had the audience in a stunned state. The crowd members sat in silence as they grooved to the music. When the song ended the audience erupted.

The cover of "Gimme Shelter" with its long introduction sent the crowd further into a frenzy. When Neville took the lead vocals, he made the song his own. Mick Jagger and Keith Richards may have written the song and The Rolling Stones may have made it famous, but this version was all Cyril Neville and The Royal Southern Brotherhood.

The band then took their final bows and left the stage. The lights came up and the audience filed up the stairs toward the merchandise stand and out onto 42nd Street.