The Routledge Companion To Jazz Studies 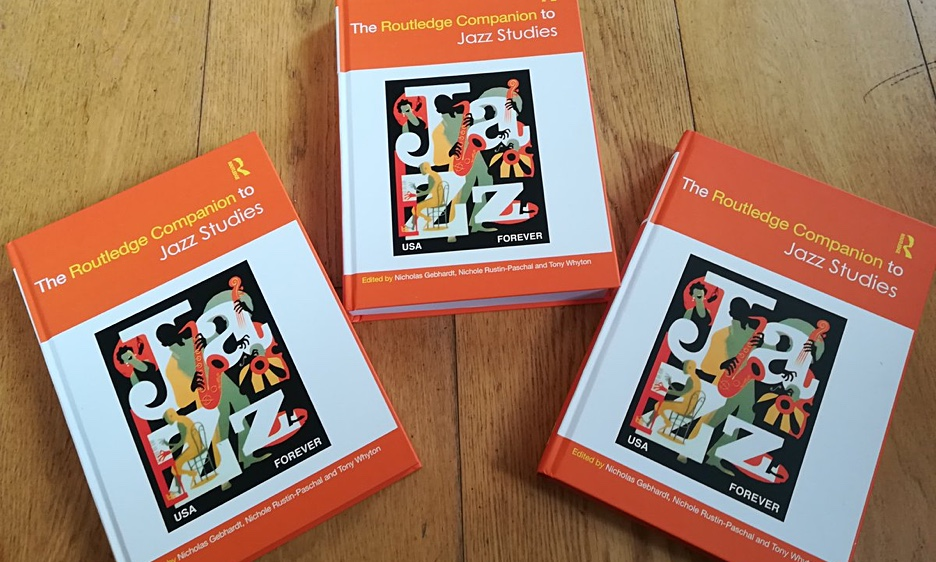 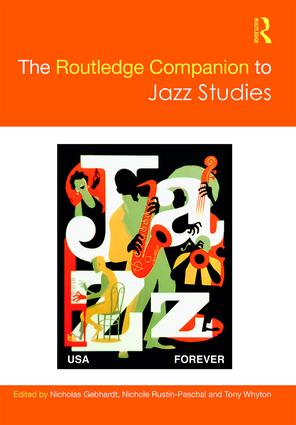 Spoiler alert: this book may permanently alter many fixed notions of jazz history previously held by the reader. In fact, it would be a surprise if it didn't. For taken together, these forty-four essays by leading international jazz scholars / researchers, take firmly entrenched jazz narratives by the scruff of the neck and fairly shake them up.

Is the idea of spontaneous improvisation just so much baloney? Can Italy really claim a hand in birthing jazz? Just what does the success of the blockbuster La La Land say about the public perception of jazz? Is jazz more exclusionary and elitist than its adherents would perhaps care to admit? And was jazz diplomacy really just imperialism in disguise?

These and many other questions are raised, and some of them are even answered. But this is not a book about absolutes or definitive answers regarding the relaying of jazz history. If anything, it complicates the picture, and for good reason. Intended as a research resource for students, researchers and enthusiasts, The Routledge Companion to Jazz Studies aims to sharpen the focus of critical thinking on jazz, thereby refining ways of understanding this perennially complex social music.

Weighing in at a concise ten pages or so each—including bibliography and notes—these essays ask big questions about jazz and race, jazz and gender and jazz and disability. They provoke debate about the formation of the jazz cannon and scrutinize the oft-pronounced claim that jazz has always been an internationally democratic force for the good. They question notions of jazz authenticity, ask what the 'free' in free jazz really means and examine the myriad intersections between jazz and popular culture.

Furthermore, several authors invite a profound rethink—bordering on the philosophical—about improvisation and the creative process.

Divided into six thematic sections, the articles cover a lot of ground. From broad though penetrating historical perspectives of jazz to revealing studies of individual practitioners, and from jazz viewed through political, ideological and economic prisms, to salient contemporary issues in jazz culture, such as digitization, file-sharing, artificial intelligence and software improvising systems. No stone, it seems, is left unturned.

Diasporic jazz comes under the spotlight in specific studies on jazz cultures in Japan, Estonia, Brazil and South Africa, while author Bruce Johnson argues reasonably for counter narratives regarding the jazz cannon and jazz's creation, suggesting that jazz was not invented and then exported, but rather "was invented in the process of being disseminated."

You can imagine Wynton Marsalis' blood boiling at such attempts to challenge a history that is practically set in stone, but if there's one thematic thread that runs through this collection of articles it's the idea that culture, and by extension jazz history, is a fluid, ever-shifting set of ideas and practices.

Marsalis is the focus of an even-handed article by David Ake, who recognizes the trumpeter's historical significance as the spokesperson for the neo-traditionalist revival of the 1980s. Getting to the crux of why the New Jazz Studies matter, Ake acknowledges that musicians and historians "have all benefited in various ways from the long backward glance that Marsalis and others facilitated."

Even Marsalis has turned his hand to rap, and a recurring theme of The Routledge Companion to Jazz Studies is jazz's place in popular culture and the tensions between ideas of jazz as art and jazz as commerce. Catherine Tackley notes that for the general public in the UK, the image of jazz has long been one of a music both serious and historically important, though one that also contains elements of novelty, comedy and entertainment.

This complex mosaic of notions is, Tackley asserts, in "stark contrast with the way in which the genre is often understood within the jazz establishment as an ever- changing music at the cutting edge of musical development."

For Alan Stanbridge, who analyses sentimentality in the songs of Oscar Hammerstein and in Fletcher Henderson's populist repertoire of the 1930s, jazz has always trod... "the rather broad and blurry line between constructed notions of 'art' and 'commerce.'

The tensions between jazz as pop music and jazz as art music is also vividly illustrated by David Bracket, who highlights how the avant-garde jazz and soul-jazz of the 1960s exemplified the divide between artistic autonomy and greater commercialism.

Whereas most jazz histories have largely ignored the efforts of jazz musicians to enter mainstream popular culture, this volume addresses the importance of engaging with such narratives. As one author shrewdly observes, it is perhaps because of jazz's long association in the public mind with entertainment, that it is able to survive today.

Both free-jazz and soul-jazz music, typical of the entire history of jazz, have been framed by various agents in racial terms. In his re-evaluation of jazz and race, Patrick Burke argues that musicians outside the black / white jazz binary have been marginalized by researchers. Referencing George E. Lewis, Burke emphasizes the fact that many musicians around the world who do not feel constrained by ties to African American aesthetics, history or cannons, still belong to jazz communities.

As for jazz's place in the world, Frederick Schenker's article on jazz through the lens of empire raises prickly questions about the popular belief that jazz was America's gift to the world. Schenker quotes journalist Burnet Hershey, who as far back as 1922 argued that jazz "follows the flag." Referencing the State Department's Jazz Ambassadors program, Schenker observes that: " viewing jazz as a gift to the world ignores the broader forces behind its circulation and perpetuates the exceptionalist discourse of US imperial benevolence."

In her article on American jazz in Italy, Anna Harwell Celenza pulls the rug from under the widely held view that America's Cold War jazz diplomacy began in the 1950s. According to the author, America used jazz as a tool to suppress Communism and Fascism in Italy a full decade before the Jazz Ambassador's programme was launched.

In a fascinating story of the dark arts of propaganda—and one that would make for a wonderful black comedy— we learn of US dismay on discovering that Romano Full, a pianist who played the inaugural Festival di Jazz di San Remo in 1956, was the pseudonym for none other than Romano Mussolini, son of the former Italian fascist dictator, Benito Mussolini. That the RCA label, which "had deep connections with the CIA..." immediately offered Romano Mussolini a multi-album contract, perhaps suggests, the author intimates, that the young Mussolini was manipulated to represent the triumph of the freedom of American jazz over Italian fascism.

A thought-provoking notion raised by Gregory Clarke in his article on the rhetoric of jazz, is not so much about what jazz is, but what it does, or in other words, the social functions of the music. To take just one example, in his essay on the festivalization of jazz, Scott Currie describes pioneering jazz festivals in the 1950s such as those at Newport and Nice as luxury expenditures that effectively erected a class barrier. Such festivals, the author remarks, helped transform jazz from a popular music enjoyed by one and all to a lifestyle brand indicative of progressive cultural tastes.

In a uniformly strong collection, there are also fascinating articles on: jazz as the music that accommodates and celebrates disability; entrepreneurship in early New Orleans jazz; the enduring fascination with "last ever concert" recordings; and a historical perspective on jazz education.

Finally, the inclusion of Roger Fagge's critique of jazz writer and academic Eric Hobsbawm seems particularly appropriate. From as early as the 1950s, the eminent historian wrote about jazz through a socio-political, historical prism, challenging readers to regard the bigger picture when thinking about jazz. That process has since been refined, so that today much of the best writing on jazz unquestionably comes from the academics and researchers associated with the New Jazz Studies.

The Routledge Companion to Jazz Studies is a thoroughly stimulating, provocative collection that challenges myriad assumptions about jazz cultures. The beauty of it is that it raises just as many questions, as all good research should, as it answers.