By DOUG COLLETTE
October 12, 2019
Sign in to view read count 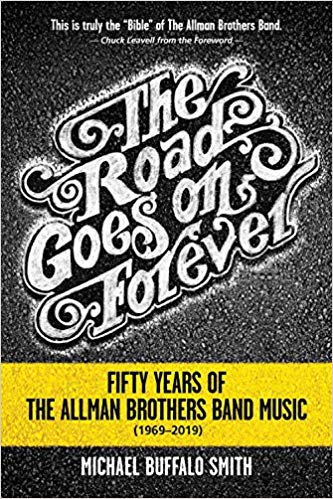 In approaching Michael Buffalo Smith's book The Road Goes On Forever, it is absolutely essential to take the subtitle literally. In Fifty Years of The Allman Brothers Band Music (1969-2019), the author collects information on the recordings, performances, and musicianship of the seminal Southern rock band, (sans the sensationalism that earmarked Scott Freeman's