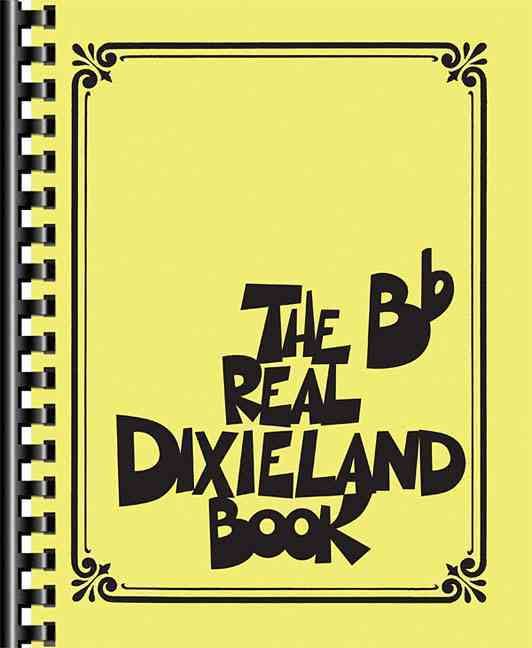 Saxophonist Robert Rawlins, who is also Professor of Music Theory at Rowan University (New Jersey) has done jazz a great service by producing The Real Dixieland Book and Tunes Of The Twenties. While they obviously serve different audiences, and can be enjoyed separately, they are really meant to supplement each other.

Jazz is a living art, and its past should not be forgotten or relegated to mere historical study. The music presented here represents the beginnings of jazz as players struggled to develop and implement the concept of improvisation. The invention of recording, at first crudely acoustic, but by 1925 greatly improved by the electronic microphone, allowed jazz to spread and greatly sped up the rate of change. Listening to recordings of the twenties in chronological order makes it clear how rapidly jazz was changing, seemingly almost monthly.

Performers will naturally gravitate to the Real Book, where Rawlins has gone to great lengths to present "definitive" versions of the tunes as he heard them played on records, which are not just those associated with "Dixieland." As a wonderful side benefit, Rawlins provides the words, and many times multiple verses for most of the tunes. What might jump out to many is that what is familiar on a lot of the tunes is the chorus, while the verse is not. Anyone with a modicum of music theory and reading ability will easily get lost in the thickets of such terrific tunes. 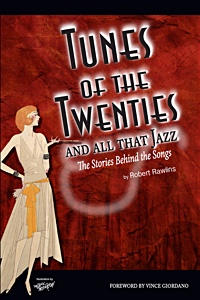 Tunes Of The Twenties is a bit of a misnomer in that a goodly number of the tunes were written before 1920 and after 1929. As Rawlins states in the preface, "[the title] refers to a style, an attitude, and a mindset, not necessarily a decade." Furthermore, the players who made the tunes popular were those who came into their own in the twenties. Rawlins writing style combines seriousness and deep knowledge of the subject with much humor, making it easy to read while being highly rewarding.

One interesting bit of information gleaned is that a song's success was measured not just in record sales, but also in sheet music sales, which many times reached into the millions. At the time, the piano was a much more common household item than today (see here). Rawlins has included pictures of as many of the covers of the sheet music as he could, and this further enhances appreciation of the time period.

The reader will get to know the composers and lyricists of Tin Pan Alley, as well as the players. Here also Rawlins has done yeoman work, since when he lists those players who recorded the tune, he not only mentions the well known Louis Armstrong, Bix Beiderbecke, Eddie Condon or Jack Teagarden (to name but a few), he also refers to Paul Whiteman over forty times, making it clear how important Whiteman was to jazz at the time, despite his untoward reputation now.

The connection to the Real Book is made clear when Rawlins describes something unique about the musical structure of a particular tune in that now can be looked up.

Together, Tunes Of The Twenties and The Dixieland Jazz Book are invaluable to anyone remotely interested in Early Jazz, which really ought to be everyone interested in jazz at all, period.