By DOUG COLLETTE
February 28, 2015
Sign in to view read count 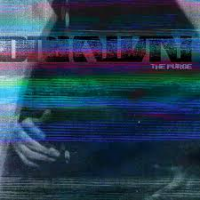 The extent to which saxophonist Skerik, keyboardist John Medeski and percussionist Adam Deitch love to explore the nuances of melody, rhythm and space, especially at their respective outer limits, makes their collaboration as Drkwav almost inevitable. And it's perfectly appropriate the trio chose a name for themselves as an ensemble here because, as much as their respective personalities and skills figure into the sounds they make, right at the outset of The Purge, on "Darkwave," their individual profiles merge, almost but not quite equally, in the collective sound they make.

All of which happens within what sounds like a totally organic process, thanks to the engineering and co-production prowess of Randall Dunn. The prominence of each of the three ebbs and flows, with Deitch clearly in charge on the most funk-oriented cut "Scars." Yet Medeski is usually ever-so-slightly more influential during atmospheric cuts like 'Soundtrack" and this is hardly the only cut so vivid here: especially at high-volume, the sound of Drkwav is so BIG, genuine theatrical drama oozes throughout the likes of "Count Chokulus." And the progression of tracks carries a suspense all its own as it moves to the syncopated conclusion that is "Shmeeans Kuti:" clearly another track where Deitch holds sway, his comrade in the funk powerhouse Lettuce guitarist Adam Smirnoff guests adding colors only his instrument can to further broaden the expanse of sound within The Purge and Drkwav itself..

Discerning clearly the layers of texture here makes each track pass with noticeable speed, even the one of longest duration, "Datura," at 10:25. Credit aplenty to Medeski, Skerik and Deitch for utilizing their experience on the live stage in conjunction with their knowledge of the studio so that, as cerebral as some of this music becomes, there's always a sense of physical motion within it. Consequently, the resulting heat emanating from a track like "Scars," combined with the technical invention throughout these eight numbers, keeps even such carefully curated cuts from turning antiseptic.

As on the subtly swinging "Hell Bass," gravelly horn proceeds from liquid organ as bell-like piano notes wash off a giant heartbeat of drums accented with seemingly endless syncopation, as often as not merely. In keeping with the Drkwav moniker, the succession of sounds fills the room in which it plays (and does likewise to the skull on headphones). Either way, The Purge is an enrapturing experience as much visceral as cerebral.