Mike Pinder: The Promise / Among The Stars

By GLENN ASTARITA
April 2, 2014
Sign in to view read count 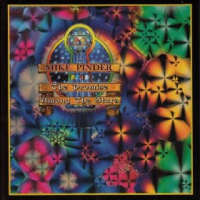 As a founding member of The Moody Blues, keyboardist, percussionist and vocalist, Mike Pinder put the electro-mechanical tape replay keyboard instrument, mellotron on the map. He also composed several classics for the band, including "Melancholy Man" and "How Is It (We Are Here)," as his musicality inspired other artists and ensembles during the advent and glory days of progressive rock.

Enjoying a rapid rise to stardom, he ended his decade-long tenure with The Moody Blues in 1978. Yet two-years prior to his departure, Pinder relocated to California and released his inaugural solo album The Promise, showcasing an extensive lineup of background vocalists and regional session artists. Newly re-mastered, the artist downplays his mellotron persona by not using it on every track. Nonetheless he performs on guitar, keys, synths, and vocals, complementing a broad instrumentation mix, while employing harpist Susan McDonald, prominent saxophonist Bobby Keys and a host of others.

On certain tracks, Pinder's affectionate vocals come across a bit on the thin side via these affable pop-rockers, although on certain pieces his mystical and rather regal vocal attributes come to the forefront, tinted with an air of innocence. And the female vocalists instill a touch of gospel atop an aggregation of straightforward rock beats and harmonious ballads.

On "You'll Make It Through," McDonald's flickering harp lines offset Spanish style bravura over a mid-tempo pulse. Here, Pinder sounds like a deity of sorts as he narrates and sings, but counters this vibe with a breezy West Coast style jazz vamp, led by Joe Dibartello's whispery flute lines during "Someone To Believe In." While some of these ballads comprise charming and memorable hooks, Pinder predominately infuses an assortment of genres into the mix. His presence by default instills the divine and majestic implications of 1970s prog rock. Pinder also interweaves East Indian motifs, synth strings and simple but effective hooks into the big picture.

The second re-mastered CD Among The Stars was a mail order only product upon its 1994 release. And with digital production methods and processes, the soundstage is expectedly more detailed and resonates with a heftier presence. Pinder uses the mellotron a bit more, along with backup singers and a few pieces embedded with jazz and funk grooves. Esteemed jazz fusion bassist Alphonso Johnson (Weather Report) and guitarist Michael Sembello (Stevie Wonder)—a student of jazz guitar great Pat Martino—appear on select tracks. Pieces such as "When You're Sleeping" and "Among the Stars" offer attractive melodies; synth strings overlays, spirited sax parts and the leader's cordial vocals and narrations. The reissue includes three bonus tracks with Moody Blues artist Ray Thomas' oscillating flute work, highlighted on "Empty Streets."

The Promise, and Among The Stars don't introduce compositions that match some of Pinder's extraordinary output for The Moody Blues, yet from a historical perspective, these tracks yield an alternating viewpoint of his artistry. Largely upbeat and fabricated with numerous textures and colorful arrangements, Pinder shines as a prophet of good cheer, and there are several gems among the lot. Moreover, the DVD presents several interviews with Pinder, who tenders insights about a number of topics, concerning insights into his compositional developments, influences, family life, and artistic expressionism along with solo piano performances.

The Promise – Free As A Dove; You’ll Make It Through; I Only Want To Love You; Someone To Believe In; Carry On; Air; Message; The Seed; The Promise. Among The Stars – The Power Of Love (Can Survive); You Can’t Take Love Away; The Best Things In Life; Hurry On Home; When You’re Sleeping; Fantasy Flight; Among The Starts; Upside Down; Waters Beneath The Bridge; The World Today + new bonus tracks: If She Came Back; Waves Crash; Empty Streets. DVD - Exclusive extended interviews with Mike Pinder & solo performances.