By MARK CORROTO
September 18, 2008
Sign in to view read count 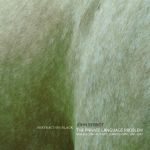 Has anyone ever suggested that an activity in which you are participating is an attempt to "reinvent the wheel"? Listening to the experimental instruments and electro-acoustic manipulations of sound artist John Berndt leads to the conclusion that he has it in mind to scrap music as you know it, for an entirely new world of sound.

Berndt applies his trade to the intersection of the paths of art and sound by creating new instruments and constructing sound art. After an inspired meeting with free-thinking saxophonist Jack Wright, he has pursued similar spontaneous improvisations. These recordings, made over a period of seven years, are explained to be "pre-improvisation." They do not, however, lack the imagination that improvised music provides.

The nearly 14-minute track "Dry" is from a daylong installation at the High Zero Festival. The sounds are the sampled frequencies of a recording from a fire. The decomposed tones, when explained, are recognizable only in their intensity. This sounds like a highly evolved version of a GX Jupiter-Larsen/The Haters recording of a house fire. On other tracks he utilizes percussive elements ("Grace") and keyboard feedback ("Sound of Madness").

As the tracks progress, his later work is marked by more complexity and texture. For instance, he revisits the percussive aspect on "Dragon Paths," playing a stainless steel dome by rolling spheres that contain bells. The meditative effect is evident, as on the electronically processed guitar on "Older Now," where the sounds approximate a slide guitar dream sequence. He dabbles in waves of minimalist sound on "For Lois Vierk" and crazy cartoon laboratory bubbling made from a synthesizer that interfaces with flesh! Yes Sherman, Mr. Peabody has set the Wayback Machine to the dawn of life on this planet. This won't hurt a bit.