The Pianist as Director: Ryuichi Sakamoto and August Rosenbaum

By JAKOB BAEKGAARD
October 13, 2017
Sign in to view read count
The piano is a world itself, but sometimes it is just the starting point for an exploration of sounds in all possible shapes. In fact, some pianists are closer to directors of sounds than musicians focused on a single instrument. However, both the Japanese maestro, Ryuichi Sakamoto, and the young, Danish composer and pianist, August Rosenbaum, have explored the possibilities of their instrument. For instance, Sakamoto recorded the highly recommended Playing the Piano (2009) and Rosenbaum has done diverse work as a session musician and led his own modern jazz groups. But the focus is somewhere else on their latest albums, Sakamoto's async and Rosenbaum's Vista. Here, they are more interested in creating complex landscapes of sound that still are immediately accessible. Both also use film soundtracks as a metaphor for what they are doing. 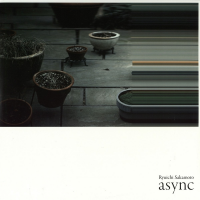 Sakamoto is an accomplished composer of soundtracks so he knows how to create ambience and narrative through music, but his role model on async is not the straightforward storytelling of the classic Hollywood director, but rather the mystical beauty of the Russian director Andrei Arsenyevich Tarkovsky. Few directors have understood the aesthetic of the image like Tarkovsky. His movies can be watched just for the breathtaking beauty of the single image.

Sakamoto has proposed that async could be understood as the soundtrack for a Tarkovsky movie that does not exist and the idea of a cinematic work clearly shines through. Another important aspect of the work is a sense of mortality. Before he finished the album, Sakamoto battled throat cancer and the fragile feeling of life pervades an album that glows with quiet spirituality. This is apparent from the beginning with "andata" that starts out as a minimal piano piece and evolves with lush layers of intoning organ and washes of ambient noise.

The theme of mortality is most poignantly realized on "fullmoon" that starts with a spoken word intro pondering the brief length of a life where moments are always limited and meant to be treasured. The piece uses a collage of voices from different countries to great effect while soft piano chords and gentle noise wrap a carpet of comfort around the listener. This is truly the poetic sound of Babel.

The feeling of presence is also underlined by field recordings, for instance the sound of falling rain. This is a record that makes you aware of listening and it grasps a rare kind of poetry distilled through a long life spent in music. 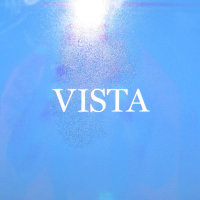 It would certainly be unfair to compare August Rosenbaum's album Vista to async. Whereas Sakamoto's work is the full fruition of his late style, an organic amalgamation of aesthetic approaches encompassing classical piano, modern composition, ambient and electronica, Rosenbaum is still in the process of exploration. The idea of making an album with the sophisticated soul producer Robin Hannibal was fostered long time ago and now the result is thankfully here.

The most deceptive thing about Vista is perhaps just how pleasing it is. Early on, Hannibal has shown an interest in combining melodic accessibility with delicate textures on his projects Quadron and Rhye where Rosenbaum has also played an important role. This time Rosenbaum is taking the lead, but the two are clearly kindred spirits, which is shown on a track like "Belmonde" with elegant beats, tinkling piano, swirling strings and sliding guitar. It is an instrumental that could have easily belonged on an album by Hannibal's neo-soul project Quadron. The soul-influence is also evident on "Calling Out" where the layered vocals owes something to the Beach Boys, but with a warm soul vibe coming from vocalist Philip Owusu that makes one long for his promised album.

However, there is also a certain chill to a track like "Killer" and "Tristana," which sounds like a pun on the jazz pianist Lennie Tristano, is a perfect mood piece with a simple, impressionistic piano motif reminiscent of Erik Satie, slow beats and a melancholy cello-sound.

It is easy to understand why Rosenbaum has described the album as a "score in search of a movie." There are many moods and sounds on the album where the musical references coalesce into an original sound that is both glacial, warm, organic, ambient and soulful. In fact, it is quite brilliant and one can only hope that this is the beginning. Hopefully, there will be more collaborations between Rosenbaum and Hannibal. This album shows that they are on to something and ready to pick up the torch from masterful musical directors like Sakamoto in the future.