By JOHN EYLES
February 5, 2013
Sign in to view read count 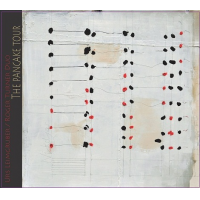 The Pancake Tour finds Swiss saxophonist Urs Leimgruber and British drummer Roger Turner together as a twosome (sometimes referred to as The Pancake Duo), recorded in concert at The Loft in Cologne in October 2011. The sax-drums duo is a varied and demanding format which exposes each player to equal scrutiny, allowing no hiding place or time out. Instead, each member has to be full-on constantly, giving and receiving, and listening and responding; if either of them is not, it shows. Thankfully, Leimgruber and Turner are past masters of improvisation and here give an impressive textbook demonstration of the art of the duo.

As ever, Turner effortlessly balances the twin demands of interacting with and complementing his duo partner while giving a virtuoso performance of his own. It is highly appropriate that he is credited with the component parts of his drum kit and extras—including f-bade, chain and comb; rather than playing the entire kit, he tends to flit around from one part to another as the mood takes him or as best fits the music to which he is responding. Throughout, even when he seems to be off on a tangent, he maintains a pulse which underpins the music and gives it stability.

The opening track, "Pancake," which gave its name to the duo, tour and album, exemplifies the strengths of the pair as they both play continuously for its twelve minutes, constantly interacting and reacting to each other, sometimes at breakneck speed, never taking a wrong turn or allowing the momentum to drop. It is the sound of two minds in tune with each other working as one, and makes for exhilarating listening. While it typifies their interactions, that track does not typify the music; across the album, there is plenty of variation in sound, pace and mood, enough to prevent it from ever becoming predictable. Leimgruber contributes greatly to such variety, regularly switching between his tenor sax and soprano, adopting noticeably different styles on each while always retaining the ability to surprise us. Altogether, a delight from the first note to the last.