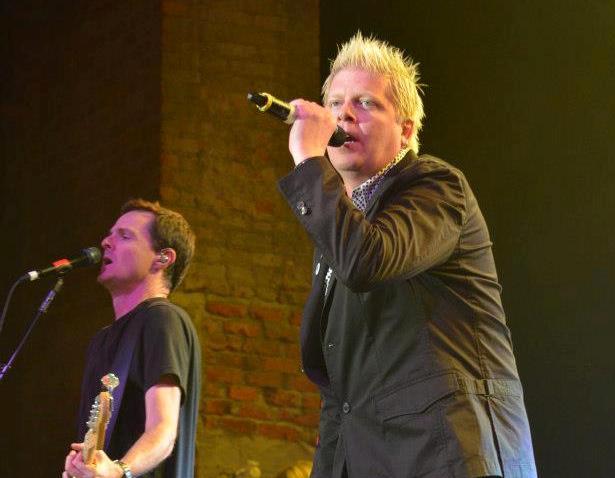 By MIKE PERCIACCANTE
October 7, 2012
Sign in to view read count
The Offspring with Neon Trees and Dead Sara
The Paramount
Huntington, New York
September 20, 2012
On a pleasant late-September evening, the Offspring set Long Island's Paramount concert hall on fire with its metal-influenced punk rock brand of musical mayhem. The Southern California band performed a set mostly comprised of its classic songs and some choice new offerings from Days Go By CD (Columbia, 2012).
Because of the disparity in both age, and length of time in "the business" for the acts on the night's bill—relative newcomers, Dead Sara was touring behind its first full length album, Neon Trees released its debut CD in 2010, and the Offspring released its debut CD in 1989—the crowd, too, varied in age from teens to late-forties/early-fifties middle-agers.
The bar was set high by the opening acts, Dead Sara and Neon Trees. Dead Sara, led by Emily Armstrong, rocked hard during its short set. Though it was obvious that the majority of the crowd was there for The Offspring and/or Neon Trees, Armstrong and the other members of Dead Sara (guitarist Siouxsie Medley, bassist Chris Null and drummer Sean Friday) quickly won them over with the melodic and soaring tunes from its eponymously titled debut album (Pocket Kids Records/Universal, 2012). The high-octane set was highlighted by "Whispers And Ashes," "We Are What You Say" and the set-closer "Weatherman," during which Armstrong, when she wasn't standing on a monitor, stalked her way around the stage.

"Everybody Talks," with its "It started with a whisper..." opening, infectious melody, sing-a-long chorus and bubbling, intense energy followed, from Picture Show CD (Mercury, 2012). The Provo, Utah alternative/glam-rock/synth-pop band's performance was nothing short of astonishing. Glenn, sporting a Billy Idol-meets-David Bowie look, led the audience through a set that also included the driving "1983," "Sins of My Youth," "Teenage Sounds" (which deals with the desire to seek fame and fortune), "Mad Love," the hook-laden "Lessons In Love (All Day, All Night)" and "In The Next Room."

A large portion of the crowd was there specifically for Neon Trees, as evidenced by the large number of audience members crowding the stage during the performance as well as an equally impressive number of them lining up at the Merchandise Booth to purchase CDs, t-shirts and posters and meet the band following its set.

After a short intermission, the audience erupted when the Offspring (spiky haired lead singer Dexter Holland, bassist Greg Kriesel, guitarist Kevin "Noodles" Wasserman with his multi-colored hair, and drummer Pete Parada) hit the stage. Looking just slightly older than they did during the band's heyday, the band sounded fantastic and Holland's voice was clear and strong. The band was in top form—the music was tight, bright, energized, exuberant and not a bit dated. The crowd, which by now had swelled to near capacity, danced and moshed deliriously (with some older members of the audience riding the crowd as if it were 1994, not 2012) to a spectacular set that featured the band's best loved songs. 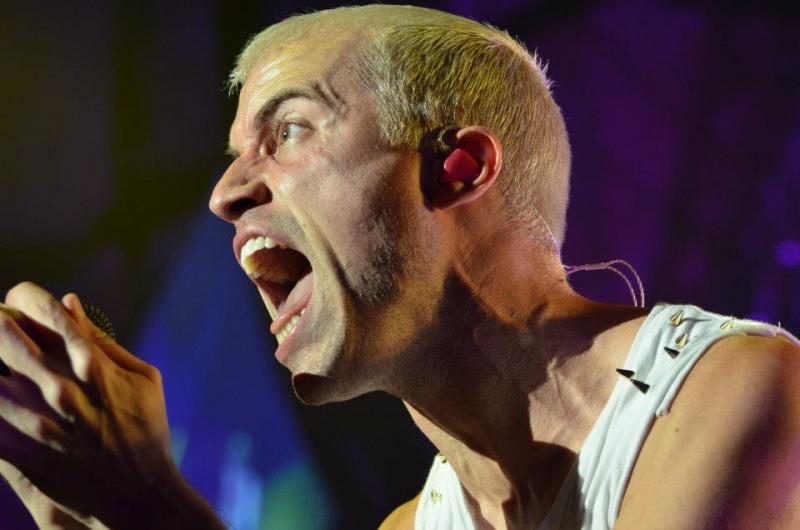 "All I Want," "Why Don't You Get a Job?," "Have You Ever," "The Kids Aren't Alright," and "Americana" were all performed, each one sending the audience deeper into its frenzy, as well as a number of songs from its breakthrough album, Smash (Epitaph, 1994): "Come Out and Play" (with the audience screaming the "You gotta keep 'em separated!" portion of the chorus), "Genocide," "Self Esteem" and "Bad Habit." Not one for small talk, Holland did manage to get the already wound-up audience more excited when he exclaimed, "Let's fuckin' quit yapping and give the kids what they want!" The band then launched into an adrenaline-fueled version of one of its most well-known songs, "Pretty Fly (For A White Guy)."

Intermingled with the band's classic canon were rockin' versions "Hurting As One," "Days Go By" and "Secrets From the Underground," as well as the very tongue-in-cheek "OC Guns," all from Days Go By. Though the 90-minute set relied heavily on its classic catalogue, the Offspring still managed to include "You're Gonna Go Far, Kid," a song from 2008's Rise And Fall, Rage And Grace (Columbia) and "(Can't Get My) Head Around You" from Splinter (Columbia, 2003).

The Offspring, after the band's disappointing releases from the mid-2000s, may have been classified as "yesterday's news" by many critics and a number of passing fans. Some may have even heaped them among those bands from yesteryear who are content to just phone in the hits during we're-just-for-the-money "greatest hits" tours. The release of Days Go By with its driving, hook-filled songs, coupled with inspired live performances such as this, prove that just isn't the case.