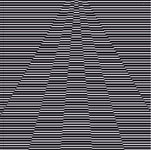 Since returning to Australia, where he's led an active life as an educator, writer and performer, Mike Nock has become one of the area's most prominent and influential pianists. It's a shame that he's such a well-kept secret internationally, though, because during the quarter-century that he spent in the US prior to 1985, Nock forged new territory with the seminal fusion band The Fourth Way and released a number of outstanding albums, notably In Out and Around (Timeless, 1978), featuring Michael Brecker; and Ondas (ECM, 1982), with Eddie Gomez and Jon Christensen. Both records demonstrate a well-rounded pianism that draws from a multiplicity of sources, and a writing style that combines powerful lyricism with abstract impressionism and a reverential but still distinctive sense of tradition.

It's no surprise that tunes from both albums are included on this tribute release by Australia's Jazzgroove Mothership Orchestra. "Hadrian's Wall (from In Out and Around) remains one of Nock's most compelling and enduring compositions. But rather than echo the deeper, Kenny Wheeler-like melancholy of the original, the eighteen-piece big band takes a brighter approach, even though the hook of the tune retains the slightest hint of bittersweetness.

Guitarist James Muller is another one of Australia's well-kept secrets, despite broader exposure on drummer Chad Wackerman's last two fusion records, Scream (Favored Nations, 2000) and Legs Eleven (Chad Wackerman, 2004). Muller demonstrates his strength at navigating changes with a cleaner tone, while trumpeter Phil Slater, who appeared on Nock's Ozboppin' (Naxos Jazz, 1998), solos over the ending ostinato with an almost paradoxical blend of space and flurried phrasing.

The Jazzgroove Mothership Orchestra is part of the Jazzgroove Association, a Sydney-based collective formed in 1998 to provide more performance opportunities for established and emerging players. The Mothership Plays is the 30th release on the association's label, Jazzgroove Records, and its first large ensemble work, so it's only fitting that it pay tribute to Nock, who's been a mentor to many of the ensemble's players.

Four of the arrangements are by Nock, with the balance by members of the Mothership Orchestra, save for David Springfield's arrangement of "Blues For... —one of four Nock compositions that appear on disc for the first time here. An imaginative blues that pits different sections of the group against each other for the theme, it ultimately settles into a sparser, straight-ahead swinging groove featuring a gritty solo from trombonist Danny Carmichael.

With the winning combination of Nock's memorable music, bold arrangements that are never brash, and a bevy of players who all deserve to be heard beyond the confines of Australasia, The Mothership Plays the Music of Mike Nock dovetails nicely with Nock's own Bigsmallband Live (ABCJAZZ, 2003), and is recommended for listeners who are looking for modernity in their large ensembles.