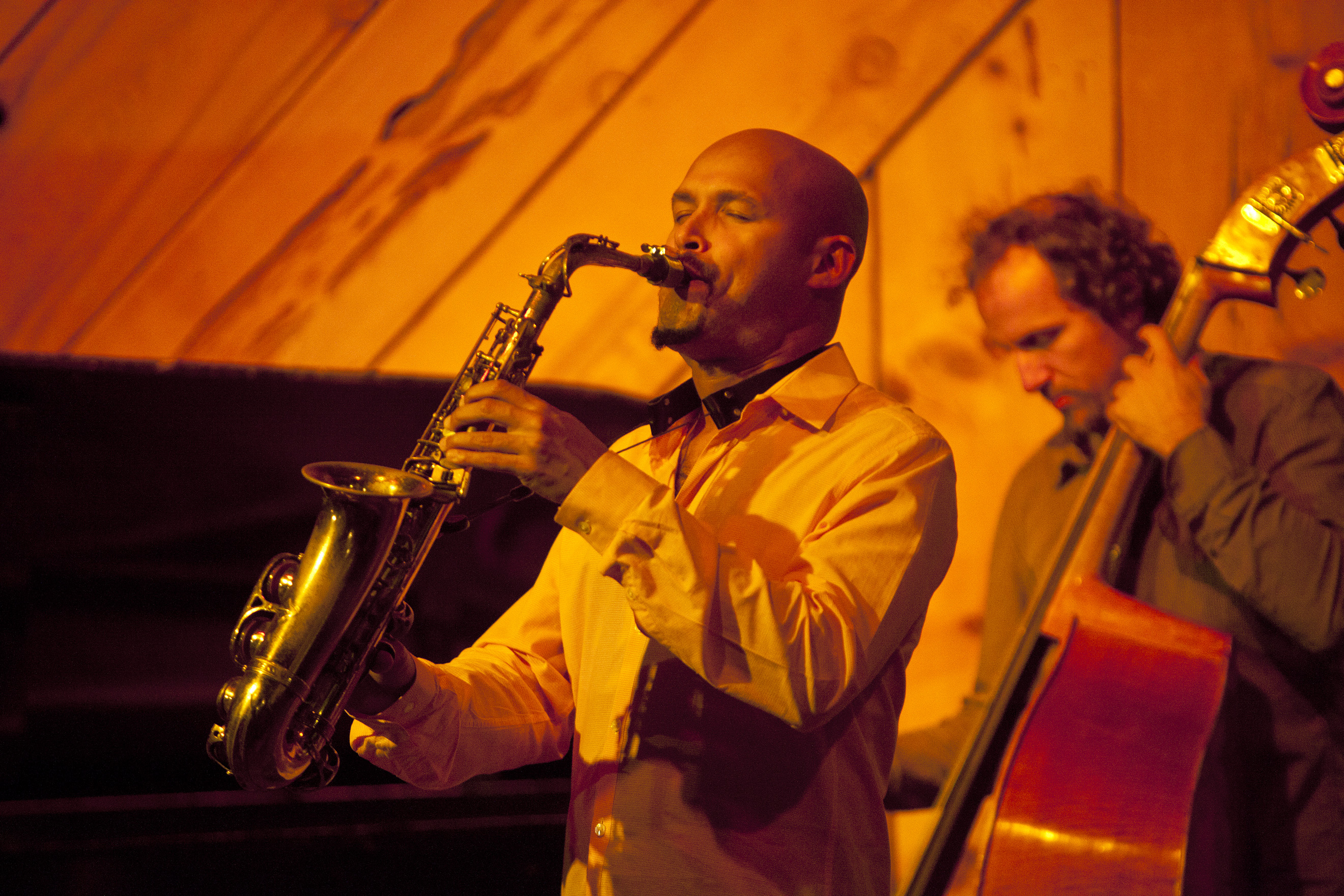 On a clear Sunday afternoon, alto saxophonist Miguel Zenón brought on his seasoned quartet to play the Douglas Beach House. With a near-capacity audience, it was a rare gift to hear this quartet—also featuring Venezuelan pianist Luis Perdomo, Austrian bassist Hans Glawischnig and Puerto Rican drummer Henry Cole—led by the Puerto Rican saxophonist extraordinaire. The concert, which ran from late afternoon into the early evening, drew from Zenón's newest album Alma Adentro: The Puerto Rican Songbook (Marsalis Music, 2011), showcasing tunes from some of Puerto Rico's most renowned composers, among them Pedro Flores' "Perdon" and Sylvia Rexach's title number, "Alma Adentro," which has been selected from the tracks masterfully produced and arranged by Zenón to be nominated for a Grammy in the Best Large Ensemble Album category.

Clearly the band has played together for years, because its members expressed a unity, a tightness of performance not easily equaled. Perdomo led the opening "Alma Adentro," from the Steinway grand piano, with Cole delicately coming in, using mallets on his cymbals. Glawischnig easily held down the back end and flowed right into the piece until Zenón slipped in on his sax, slow and haunting. Gradually, the tempo picked up as the sax faded and Perdomo's piano took the lead, his fingers moving with a nimble, dynamic flurry over the keyboard. Cole replaced his mallets with sticks, using them to knock out quick, vibrant rim shots, when suddenly, Zenón burst in to take over the lead once again. As the fire and fury of the piece developed, Zenón accentuated his playing by moving as though he were dancing, in order to punctuate the notes and add flare to his music. Overall, the piece flowed like waves rising and falling, with quick, honking runs up the sax and then slowly back down. It was a powerful piece that reached out and took hold of the audience, .as attested by the applause.

"Temes" by Tite Curet Alonso exemplified the variety of music on the superb Alma Adentro, here opening with only Zenón and Glawischnig playing back and forth with one another, setting the tempo and mood for what was to come. The music was always on the move, changing—sometimes sad, other times spirited and uplifting. Cole and Perdomo backed Zenón and Glawischnig, as Zenón made his sax talk—not only to the other musicians but to his audience as well.

One remarkable drummer, Cole firmly grounded the quartet, but did not become as overbearing as some jazz drummers tend to be, demonstrating a unique ability to make precise, in-the-moment changes that were needed as the music unfolded. Perdomo executed numerous complex passages, making them seem as though they were child's play, and clearly having fun when he was a featured instrumentalist along with Zenón. Bassist Glawischnig held down the background rhythm with the finesse of a truly well-schooled musician, while Zenón demonstrated a unique ability to make his sax shout out, riding the waves of the music as he expressed a spectrum of emotion and adding fire and ice to everything he played. He has internalized his gift for music so much that he became completely consumed with it, nearly dancing as he played. Zenón is a unique performer and a stellar musician who gave his audience a fresh taste of Latin music.