By MARK CORROTO
February 6, 2016
Sign in to view read count 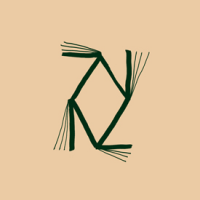 Breathe, just keep breathing, you tell yourself as the latest offering from the free jazz saviors spins on the turntable. Pressed in an edition of just 200 LPs, The Message: Live At Kargart is a treasure of sound. Actually it is more than just sound, it is an independent self-contained space craft carrying music from a future. A time once prophesied by the likes of John Coltrane & Rashied Ali, Frank Lowe, Sunny Murray, Art Ensemble Of Chicago, and Sun Ra. Built upon the persistence of rhythm, this live concert captured in Istanbul, February 2014, reunites the Turkish free jazz collective with the legendary saxophonist Peter Brötzmann.

Each new performance finds the collective expanding their musical dominion and lexicon. Here they build each part upon the tenor saxophone, or clarinet and taragato of Brotzmann. The music is a cloverleaf of differing levels of expression. A merger of Eastern sound with American blues, bathed in expansive guitar and African rhythm. Eyes closed, the vibe of Miles Davis' electric period bubbles up, then the spirit of Albert Ayler's march invades. Each part is fused by Özün Usat's weighty pulse and the collective's demand for a percussive drive or some electric wizardry.

"Part III" opens with the blues. Brötzmann revisits his appetite, maybe nostalgia, for the New World's greatest contribution to music. He tears huge swaths of tenor before being joined by percussion and Korhan Futaci's tenor. The piece operates like an exorcism for the soul of Robert Johnson. This is legendary music my friends.