Jackie Allen: The Men In My Life 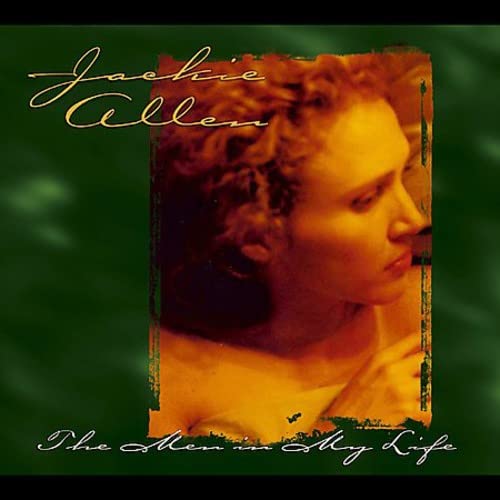 One of my great pleasures of the past few years was discovering singer Jackie Allen's debut, Never Let Me Go, in the discount bins. So it was nice to see some buzz on her Naxos recording last season, as well as a friendly reception for this album over the past few months. She's got a warm voice and delivery and has, to the best of my knowledge, always performed in a jazz vocal mode.

The concept of singing tunes associated with her favorite male composers is a good one but one must question the end result. The first three songs (Paul Simon's "Still Crazy After All These Years," the Sinatra-associated "Come Fly With Me" and Jobim's "Dindi") are given the same lugubrious, dreamy quality and tempo. Chick Corea's "Spain" is modeled after the Al Jarreau version and it comes very close to the latter's vocal style. However, the original "You Could Be Fred," intended as an Astaire tribute, falls flat. A sotto voce "This Guy's In Love With You" is intended for Herb Alpert and "Fools Rush In" for Billy Eckstine.

There's real beauty in a duet with Kurt Elling on the David Raksin film-noir-supreme song "The Bad and the Beautiful," which is just not performed enough. The remainder of the tunes are dedicated to Sting, James Taylor and Ray Charles using as examples songs which are not their respective best. For example, the R&B doowop standard "One Mint Julep" was originally done as a novelty song in the mid '50s. When Ray Charles left Atlantic in 1960, he chose this tune to perform largely as a big band instrumental.

OK, so here's the problem. Looking back at the set lists for Never Let Me Go and the 1999 Naxos recording Which?, Allen chose jazz standards and pieces from the Great American Songbook. Jackie Allen still has the wherewithal to make the songs on this record count, but her effort results in a drop in the musical level. This material is very easy to take and could be easily featured on a "lite FM" station. It's not so much a dumbing-down process or an appeal to mass marketing, rather than a retreat from what she does best.

On The Men In My Life, Jackie Allen is working with a team of musicians who also know how to prolong and best present this material. Chicago trumpet player Orbert Davis is the only player familiar to me, but the supporting quintet represents a tight and effective combo, with John Moulder's guitar contributing heavily to the mood of the first few numbers.

Still Crazy, Come Fly With Me, Dindi, Spain, You Could Be Fred, This Guy's In Love With You, The Bad and the Beautiful, Mexico, Tea in the Sahara, One Mint Julep, Fools Rush In.