Barb Jungr: The Men I Love: The New American Songbook 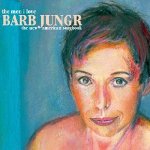 A British Edith Piaf is a dead-on description of Barb Jungr. She is more a song stylist than a jazz vocalist but on The Men I Love she mines a new vein of music in the Great American Songbook for alternative interpretation. All the songs, whether originally up-tempo or ballads, are easily spread into a contemporary song cycle of the second half of the 20th century. The tone and mood are accomplished by the spare instrumentation Jungr employs with Frank Schaefer's sleek cello providing the flowing continuo that unites the collection.

Disparate genres such as the Talking Heads' "Once in a Lifetime," Neil Diamond/The Monkees' "I'm a Believer," and Bruce Springsteen's "The River" populate this recital. Most are taken at a languid ballad pace, with the exception of a spritely and energetic "You Ain't Going Nowhere." Jungr treats the Dylan song like a 19th-century American classic, accurately casting Bob Dylan in the role of a modern Stephen Foster. Paul Simon's "My Little Town" is sung as a quiet ballad thoughtfully and beautifully rendered.

Jungr is no stranger to the cabaret scene, having won the 2008 Nightlife Award in New York. Her craft is the recasting of popular song, revealing pleasures previously hidden by the lesser interpretations of these numbers. Her arrangements, tasks shared with pianist Russell Procope, are all evenly fine. The closing "Wichita Lineman," with Wallace's raindrop accompaniment, perfectly demonstrates the completeness of Jungr's fine craft.

Once in a Lifetime; I'm a Believer; Breaking Down the Walls of Heartache; Night Comes On; Can't Get Used to Losing You / Red Red Wine; The River; I Saw the Light; This Old Heart of Mine / Love Hurts; Everything I Own; You Ain't Going Nowhere; My Little Town; Wichita Lineman.