The Many Sides of Mike Nock

By JAKOB BAEKGAARD
February 12, 2016
Sign in to view read count
Throughout his career, the New Zealand-born pianist, Mike Nock, has explored many musical forms: fusion, modern jazz and classical music. You name it, and he has played it. At one time, he was even involved with the Naxos Jazz label as a producer and the music he helped bring to the world once again showed his diversity: big band projects, an organ combo and solo piano, just to name a few. However, there is one thing that unites the many projects Nock has been involved in: a belief in melody, rhythm and texture. This is also the case with the following three records, all released on his own imprint, FWM Records. They are very different in their aesthetic approach and yet they all have the hallmark of an artist who is able to be both inventive and accessible. 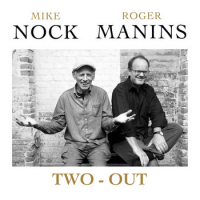 The Album Two-Out is a shrewd reference to Nock's early past with The Three-Out Trio, but this time, as the name implies, Nock plays in a duo. He is in the company of the great saxophonist, Roger Manins, whose beautiful, warm and clear melodic tone is in the tradition of the great storytellers like Lester Young and Stan Getz. In fact, the album has a lot in common with People Time (Verve, 1992), the duo session Getz recorded with pianist Kenny Barron. There is the same intimacy and inner urge, but, at the same, it is also just two musicians having fun, doing the thing they like best. In the notes, Nock explains the process of recording the album:

"It was a pretty relaxed and spontaneous session with us recording 16 songs in less than four hours, 11 of those tracks making the final cut, not an easy decision when there are so many choices. Most were first takes, as Roger and I wanted to capture some of that elusive magic that can happen when you 'look the other way.'"

Nock and Manins succeed in capturing the essence of a selection of classic songs while also bringing them into unknown territory. Among the tunes played are standards by Rodgers & Hart and Gershwin and an achingly beautiful rendition of the country-weeper "Tennessee Waltz." Another composition they play is Duke Ellington's "I Let a Song Go Out of My Heart" and this is exactly what they do: Manins and Nock play from the heart. 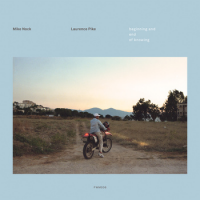 The idea for the album was born when drummer Laurence Pike got the opportunity to fulfil a special wish. For a long time, he had wanted to travel to Norway to record an album with the famous engineer Jan Erik Kongshaug in his Rainbow Studio. A grant allowed him to do this and Nock was invited.

Nock and Pike has already proved how well they work together in spite, or perhaps because, of their difference in years. Their first album together, Kindred (FWM Records, 2012), was lyrical and experimental chamber jazz with subtle use of electronics. Beginning and End of Knowing continuous this path with Nock using both the percussive and lyrical qualities of his instrument. The title track relies on the tension between Pike's rustling drums and the advanced classical beauty of Nock's piano chords that evolve into staccato bell-like patterns.

The strength of this album is how Pike and Nock allow their sounds to breathe. Chords resonate in the air and the texture of the instrument is gently explored. It is music that is both meditative and in movement. 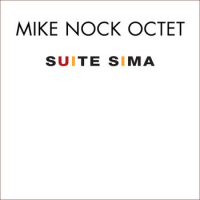 Whereas The Beginning and End of Knowing explores the possibility of texture in a limited setting of drums and piano, Suite Sima takes advantage of the possibility of working with several instruments. The album was conceived as a tribute to the Sydney Improvised Music Association (SIMA) and the music Nock has written, played by an octet, shows the diversity of the music created in this singular artistic environment.

The opener, "Freedom of Information," is a subdued piece with gentle marching drums and trumpeter Phil Slater blowing deep and elegiacally among a sophisticated choir of brass voices, but "Option Anxiety" quickly picks up speed with bouncing swing and an irresistible riff. "Peripherals" is an example of a cool swinging jazz piece, complete with walking bass and a strong solo from trombonist James Greening.

Nock's musicians are genre chameleons who know every aspect of jazz history and the pieces he has written make them shine with polyphonic splendor. There is a lot of positive energy on the album and when the closer, "Parasympathetic Rebound," ends with a funky groove featuring electric guitar and keyboard, it becomes clear that Nock masters all sorts of musical moods and these three albums are ample evidence of his creative gift.

Tracks: Falling in Love with Love; Black and Blue; It's the Talk of the Town; Can't We be Friends?; We'll be Together Again; It ain't Necessarily So; Tennessee Waltz; Isfahan; I Let a Song Go Out of My Heart; Sweet and Lovely; Golden Earrings.

The Beginning and End of Knowing