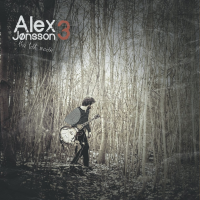 Danish guitarist Alex Jønsson—currently resides in Gothenburg, Sweden— recently graduated from the acclaimed Danish Royal Academy of Music in Aarhus, but already has a defined and focused aesthetics on his first release as a leader. Jønsson, together with reed player Lars Greve and drummer Christian Windfeld, has managed to create a recording of immediate, light and highly melodic songs, all embodying a reserved Nordic melancholy and thoughtfulness.

These songs border on a pop songs sensibility, and it is no surprise considering Jønsson's central role in the vocal post-pop group Foyn Trio, which released one album, Joy visible (Finito Bacalao Records, 2011). Still, Jønsson's familiarity with that spirit of emotional longing and restlessness—after relocating to Norway, Sweden and Finland for his musical studies—only serves to add a deeper dimension to these songs.

Only on the 19 seconds of "Twelve Is a Blues"—which sounds like an exercise in saxophonist Ornette Coleman's harmolodics—does the trio dares more. On the latter part of the album, "Apple Pie" and "Nesøya"—with Greve in a more searching mood—digress from its largely disciplined, melodic vein. Jønsson also displays interest in more abstract texture on the brief "Afraid of Heights."

A promising debut from a young trio that already has a voice of its own.

The Lost Moose; Niðaróss; A Day in Bleik; Twelve Is a Blues; Who Are You to Judge?; Apple Pie; Nesøya; Afraid of Heights; Out of Aspirin; Näkemiin.