By C. MICHAEL BAILEY
March 9, 2014
Sign in to view read count
Latin vocal jazz is alive and well. Each year curiously seems to produce more and more of this commodity. No matter. While the majority is very good indeed, there are those recordings that rise above the mix into the exceptional. These are three of them. 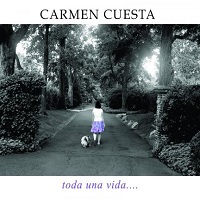 Following her well-received bossa nova offering, Mi Bossa Nova (Tweedy Records, 2010), Madrid singer Carmen Cuesta turns her attention to the bolero in Toda Una Vida. The singer retains the impressive production and guitar talents of Chuck Loeb, whose touch on the previous album was both delicate and sure. Cuesta navigates a dozen readily illustrating the depth and durability of the bolero along with the many sensual faces it wears. Humid and breezy is the exquisite "La Puerta" while the oft recorded "Besame Mucho" receives its proper generously sensual treatment. So lightly sung and darkly sexual, Cuesta's authentic performance washes away fifty years of the tarnish of improvisation with which the piece has been covered. The instrumentation is spare and well delegated with both ample and thoughtful attention given to solo space. Something has to be said for native Spanish speakers performing this genre. No insult meant to anyone, this disc is lushly beautiful and makes a good case for one more performance of "Besame Mucho." 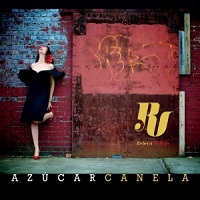 Madrid-born vocalist and composer Rebeca Vallejo's Azucar Canela is as infectious as the H1N1 Flu at Midnight Mass. Its virulence is best owed to its pure Flamenco roots and Brazilian inclinations and Vallejo is one bona fide practitioner of these genres. Vallejo considers herself a "world music" type of composer and musician and a "jazz singer with a Flamenco flair." Her music is the essence of kinesis, constantly moving, developing, evolving. Central to Vallejo's art is percussion, both the instrumental kind with drums and the more visceral kind derived from snapping fingers, thumping of chest. Vallejo uses her whole body as an instrument, one that can set the mood for a song. Con Brio is the standard momentum of this music. Vallejo's performance of "No Sabes" ("You Don't Know What Love Is") adds a dimension to the standard that is stratospheric in effect. Like Carmen Cuesta's recording above, Vallejo employs small but well-chosen forces for support, in particular, pianists George Dulin and Emilo Solla, who tamp the humidity down in favor of the dry heat of Vallejo's full-bodied voice. 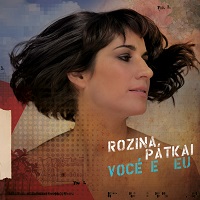 Hungarian vocalist Rozina Patkai has made her bones performing her "new-jazz version of bossa nova in Europe. Her voice possesses the same European cadence as an Edith Piaf, giving her singing, on some songs, a bit of a sepia patina. Six of the ten selections included her are Antonio Carlos Jobim compositions and, yes, "Garota de Ipanema" and "Desafinado" are in attendance, but Patkai is establishing her bossa bona fides and what better way than with these two songs, delivered with a fresh authority and confidence. Patkai is supported by her "new-wave" jazz quintet with color provided by Balazs Pecze's softly round, open-bell trumpet and flugelhorn. Patkai gives interesting treatment to Charlie Chaplin's smile and turns the Gershwin brothers on their ears by shining their light through the lens of Humberto Suarez on "El Hombre Que Uo Ame" ("The Man I Love") as if the standard were written for the southern hemispheric climes. This is smartly performed music by a youthful and adventurous voice.