Various Artists: The Last Sense To Leave Us – A Tribute To Pauline Oliveros

By KARL ACKERMANN
September 10, 2017
Sign in to view read count 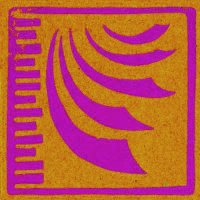 As a composer, accordionist, electronics innovator, and wordless vocalist, the late Pauline Oliveros was a pioneer in experimental electronic music and composition dating back to the 1960s. She influenced composers John Cage and Terry Riley, performed with saxophonist Roscoe Mitchell, percussionist Susie Ibarra, producer and musician DJ Spooky, and she has composed for rockers Sonic Youth. In 2016—shortly before her death—she recorded Nessuno (I Dischi Di Angelica) with Roscoe Mitchell, John Tilbury, and Wadada Leo Smith. The acknowledgments to the founder of "Deep Listening" began almost immediately after her death and will likely continue. The Last Sense To Leave Us—A Tribute To Pauline Oliveros is an earnest collaboration from like-minded—if mostly unfamiliar—artists.

The music on this album is original but many of the pieces reflect the compositional and/or technical style of Oliveros. There is also the less tangible aspect of the "Deep Listening" vision, in that the music here addresses listening in non-traditional ways. Alison Cotton opens with the title track, based on Oliveros' speaking of the sense of hearing as the first to develop after birth, and the last to leave at death. As Cotton composed, she incorporated the drone of a nearby yard work, primarily using viola and recorders as the foundation. Despite the lawn-care inspiration, the piece is almost meditative. Irish singer and harpist Brona McVittie contributes "You Are My Sister" with electronic blips and blurbs riding over an otherwise soft melody. Electronic composer Oliver Cherer and flautist Keiron Phelan serve double-duty as co-producers of The Last Sense To Leave Us and as contributors. Their "PO4c" consists of a tape loop of trumpets combined with flute, and both electronically manipulated in post-production.

The most familiar name on this album is Thollem Electric. Pianist and electronics artist Thollem McDonas is half of a recent duo recording with Rob Mazurek. Blind Curves and Box Canyons (Relative Pitch Records, 2017) is another, largely experimental, collection of acoustic and electric instrumentation. His "Ballad for Pauline" is an oddly abrasive mix of distorted keyboards, noise, and electronics. Neotropic is an artist whose actual name is Riz Maslen, an English electronic music artist.) Her "O" and Anne Garner's "Brink" are examples electro-acoustic ambiance that call to mind Oliveros' "Horse Sings from Cloud" from Accordion & Voice (Lovely Music, Ltd., 1982).

The Last Sense To Leave Us closes with Michael Tanner's "After Lear; For Hurdy Gurdy and Bowed Dulcimer." The fifteen-plus minute piece is predominantly drone, with not a hurdy gurdy or dulcimer to be discerned. It's a fitting finale as it incorporates Oliveros' sense of controlled acoustic melancholy, understated electronics and a transcendent synchronization of all the components. Not every piece works on The Last Sense To Leave Us but that is mostly due its broad brush. Oliveros' early career was steeped in technical methodology and she was at the frontline of electronics, and tape machines. Only later did she gravitate to her digitally enhanced accordion, fuller reverberation, and melodic ambiance. The majority of the compositions on this tribute reflect that later Oliveros style and do so with the same curiosity about innovative expanses of sound.

The Last Sense To Leave Us; You Are My Sister; PO4c; 321 Divisadero Street; The Homebody; Ballad For Pauline; 7 Accordions (for Pauline Oliveros); Drivende; O; Brink; Signs of Spring; After Lear; For Hurdy Gurdy and Bowed Dulcimer.