The Julian Lage Trio at SFJAZZ 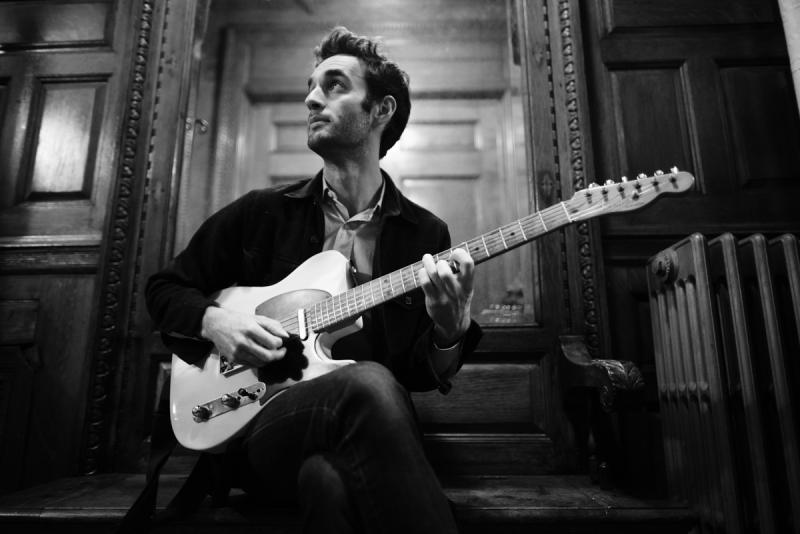 Guitar virtuosity was the theme for the opening week of San Francisco presenter SFJAZZ's 2016 season. In the intimate Joe Henderson Lab at the SFJAZZ Center, that meant four nights of modern guitar wunderkind Julian Lage working through a string of alternately reflective and bracingly visceral tunes from his new album, the impressive Arclight (Mack Avenue, 2016).

In the much larger main hall a few hundred feet away, playing more-or-less simultaneously with Lage most of the week, it was...gulp!...Pat Metheny, jazz's predominant guitar hero since the Jimmy Carter era.

If Lage was feeling any pressure, he sure didn't show it on the closing evening of the four-night run. Instead, what you saw was the bliss and concentration of a musician deeply connected to his instrument, buoyed by a rhythm section—bassist Jorge Roeder and drummer Kenny Wollesen—of supreme dexterity and versatility.

Lage has gone through a number of quite public phases for a guy who's yet to hit the age of 30. At first he was notable mainly for his precociousness. An accomplished player at an age where most kids are still working out object permanence, the prodigy was featured in a thoroughly engaging documentary, Jules at Eight, played at the Grammy Awards when he was 13 and was backing vibes maestro Gary Burton at 16.

As a young adult, Lage gained further notice for an omnivorous stylistic appetite that saw him gradually mixing his solid grounding in jazz with roots music, abstract art jazz and much more.

Nowadays, the most distinctive thing about Lage would have to be his choice of axe. Of late, he's dropped the more jazz-traditional archtop electric from his arsenal in favor of a vintage Telecaster, a solid-body guitar of deceptively simple construction and blessed with a piercing tone more typically associated with country and rock.

Lage has said he's drawn to the Telecaster because it provides a more direct link between what his fingers do and what comes out of the amplifier. And while the inherent twang in the Telecaster's sound inspires an odd kind of creative tension from feeling that a Chet Atkins tribute might break out any minute, it was hard to argue with the results as Lage milked his intimate familiarity with the instrument to explore a dazzlingly broad and deep palette of tonal and dynamic extremes.

Highlights included "Nocturne," a Jazz Age reverie by 1920's British bandleader Spike Hughes that provided a haunting melody Lage caressed and developed with a masterfully light touch—when that was what he wanted to do. At other times, the melody was a mere launching point for fretboard runs of dazzling invention and fluidity. Lage was similarly adventurous in an expansive, deeply exploratory introduction to "I'll Be Seeing You," which later morphed into a fond elaboration on one of the most durable melodies in the standards canon.

Originals included "Ryland," an homage to roots guitar icon Ry Cooder that mixed languid blues-inflected passages with peppy improvisational runs that owed equal debts to jazz and roots rock. "Stop Go Start" found the guitarist at his most abstract, stringing together jagged phrases united mainly by a fierce determination to take them as far as they could go.

Roeder and Wollesen were an ideal backing unit, blessed with supremely sympathetic ears that allowed them to shift precisely and effortlessly between supporting and lead roles. The dynamic was especially evident on W.C. Handy's "Harlem Blues," where Roeder took full creative advantage of several generous solo spots while never losing the rhythmic underpinnings of the tune. Wollesen, meanwhile, deftly responded by downshifting to a hand-drumming style that had just the right weight to support but not overshadow the bassist's inventions.

Lage no doubt has a multitude of reinventions yet to come, but for now he staked out a fertile ground developing a new kind of vocabulary for jazz guitar—Call it "chamber twang," maybe?—with an unlikely but deceptively powerful tool.