The Moreira Project: The Journey

By WOODROW WILKINS
July 5, 2006
Sign in to view read count 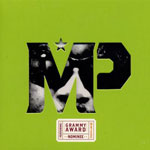 It's not easy to deliver an infectious groove without repeating sounds that have been heard so much they have become cliche. However, when said groove is melded with a variety of cultural influences, competent musicianship on every instrument and a sense of adventure, you've got something special—like The Journey, an hour and 18 minutes of musical diversity created by the Moreira Project.

Saxophonist Moreira Chonguica, a 28-year-old native of Maputo, Mozambique, has an extensive resume that includes, among other things, a degree in jazz performance and an honors degree with distinction in musicology from the University of Cape Town. He has played alongside Jimmy Dludlu, Judith Sephuma and Najee at many major jazz festivals. This band, the Moreira Project, specializes in contemporary African fusion jazz.

The Journey begins with a brief excursion off the beaten path. "Intro: Sida Mata, featuring an appearance by Najee on saxophone and flute, is less fusion than free-form. The song, whose main title means "AIDS kills, is derived from a traditional Mozambican dance and serves as a heavy dose of reality from Chonguica, who has seen how the disease has affected Africa. From there, the trip gets funky, groovy and often exquisite. "360 (What Goes Around Comes Around) sets the pace with its funky beat, paced by Lucas Khumalo on bass and Kevin Gibson on drums. At times playful, at times dramatic, Chonguica demonstrates his versatility on this track.

One of the more playful tunes is "Tacho da Velha (Mama's Cooking)." Aided by drummer Antonio Paco, bassist Helder Gonzaga and a subtle yet effective horn section, Chonguica reminds us how important home cooking is for the body and the spirit. Chonguica pays tribute to his ancestors, particularly those he never had the chance to meet, like his paternal grandfather, with "Ancestrology and "Ancestrology Part 2. With sung lyrics by Jaco Maria and drumming by Anthon Mannel, the dual track features exceptional work by Mannel and Gibson, with a low-end bass line by Khumalo. Mark Fransman, a regular member of the band, contributes an elegant piano solo toward the end of the second part.

All of the songs are good, but other tracks worth singling out are the mellow "Africa and the Blues, the almost carefree "Simples (Simplicity), and "Mo's Journey, Fransman's musical description of how Chonguica traveled from Maputo to Cape Town, maturing along the way.

All but the traditional music presented on The Journey was penned by Chonguica or a member of the band. While the leader's sax is the main featured instrument, listeners should pay particular attention to the background vocals and percussion to get that African flavor. The blending of styles gives the album its universal appeal. However, the drums keep the roots of this music evident from departure to arrival.

Intro: Side Mata; 360 (What Goes Around Comes Around); Africa and the Blues; The Light; Tacho Da Velha (Mama

About The Moreira Project