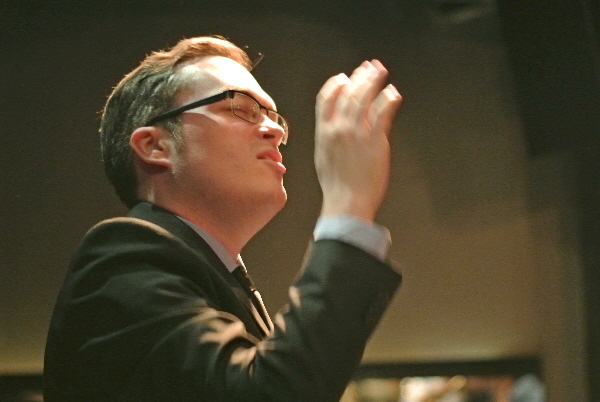 Somewhere along the way, the centennial of a notable jazz figure's birth became a major cause for celebration and reflection. Unfortunately, these celebrations have occasionally become last hurrahs for the dearly departed, as their life's work fades into the mist of time after they get their hundred-year due; the hardcore jazz community never really forgets or forsakes them, but the rest of the world moves on to the next celebratory story and sound bite.

Arranger/Composer extraordinaire Gil Evans could have succumbed to this fate if not for his living-and-breathing guardian angel, Ryan Truesdell. Much attention was rightly heaped on Truesdell when he put together Centennial—Newly Discovered Works Of Gil Evans (ArtistShare, 2012), but he humbly deflected much of that praise back toward Evans. That release, timed to hit the marketplace as the Evans centennial got underway in May of 2012, did much to raise the profile of its architect and subject, and it positioned Truesdell as the rightful carrier of the Evans torch; he played that role to perfection and carried that torch proudly during this ambitious stand at New York's Jazz Standard, which took shape exactly a year after the centennial stir began.

The purpose of Centennial—Newly Discovered Works Of Gil Evans was to present and honor music that never properly saw the light of day during Evans' lifetime, but this stint at Jazz Standard was about his known successes. Three major touchstones in Evans' artistic life—his writing for the Claude Thornhill Orchestra, his work with trumpeter Miles Davis, and the music he wrote for his own orchestra—were covered in detail. Different nights were devoted to different albums or subjects, and this particular evening focused on The Individualism Of Gil Evans (Verve, 1964).

That album, recorded in six different sessions between September, 1963 and October, 1964, is an all-star date featuring such heavy-hitters as saxophonists Wayne Shorter and Phil Woods, drummer Elvin Jones, and guitarist Kenny Burrell, but the real star is Evans' written work. Evans outpaced his contemporaries by painting with a broad harmonic color scheme, tapping into instrumental combinations that few thought to use. He grafted an orchestral epidermis onto jazz, and the skin fit like a glove. This aspect of his work was audibly apparent on this album, and during this performance.

The set opened with "Nothing Like You," a swinging number which featured saxophonist Donny McCaslin and pianist Frank Kimbrough. Truesdell, who came off as equal parts curator and conductor, followed this up with a rare find—a never-before-performed blues based on a one-page Evans sketch he'd discovered. This slow, weighty number was full of dynamic peaks and valleys. Kimbrough, trombonist Marshall Gilkes, and saxophonists Dave Pietro and Tom Christensen each had a chance to shine on this slow-yet-intense tune that constantly rose to the heavens and came back down to the ground. 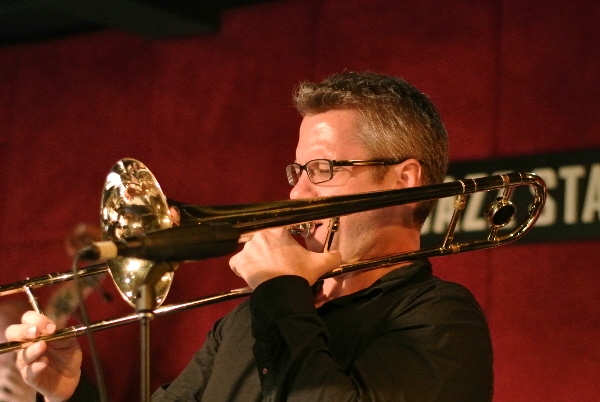 Both of those numbers found favor with the crowd, but gave pause to admire soloists first and ensemble work second; that order was reversed on "Concorde." Evans' reworking of this John Lewis-penned, Modern Jazz Quartet-associated number proved to be a real workout, as fugue-like passages and motifs bounced around the ensemble and sonic streams constantly crossed paths. Truesdell rightfully singled out bass trombonist George Flynn and tubaist Marcus Rojas before this song took flight, but they were only two of the many cogs in this complex and compelling wheel.

The entire evening pointed to Evans' combinatorial curiosity, with French horns sitting comfortably next to trombones, and five woodwind players covering more than a dozen instruments between them—from piccolo to bassoon and everything in between. These light-to-weighty combinations created a plush-to-potent sound base under every piece, and this was notable during a performance of "The Meaning Of The Blues" from Evans' There Comes A Time (RCA, 1975). McCaslin and Gilkes each put their own expert spin on the subject at hand, eventually crossing paths at song's end. The final song of the evening was Evans' arrangement of "Greensleeves," originally presented on Burrell's Guitar Forms (Verve, 1965). The song opened with a gorgeous solo meditation from Kimbrough, who managed to block out a bit of distracting crowd noise, and ended with a dramatic ritardando.

While comprehensive coverage of the entire week would be needed to fully appreciate Truesdell's efforts, this particular set would have to do for those in attendance; the out-the-door line waiting for the second set made it clear that nobody was likely to catch it all. Judging from this set and the aforementioned album, it's safe to say that Truesdell's work trumps any and all previous efforts to honor Evans. Now he needs to keep it going to further spread the gospel of Gil.