By ROGER FARBEY
December 4, 2013
Sign in to view read count 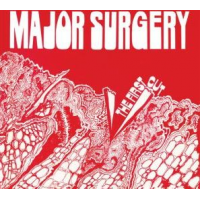 From the opening few bars of the first track "Jubileevit" it's clear that this is not the usual jazz rock ensemble. An insistent and memorable riff clearly sets out this long-departed band's métier. The majestic intro to "Dog and Bull Fight" gives way to a hugely satisfying theme, marrying the disparate qualities that made the Mahavishnu Orchestra and the Brotherhood of Breath so successful in their respective paths.

The now legendary British saxophonist Don Weller leads this band from the front and by this second track it is apparent that guitarist Jimmy Roche, though no conventional jazz virtuoso, is an immensely talented musician, albeit virtually unknown. His playing whilst not in the jazz tradition, manages to infuse some jazz elements combined with rock, blues and even country, so his nearest peer might be the late and phenomenal Danny Gatton (not quite so obscure as Roche but yet still hugely underrated).

An ostinato bass figure opens "Hoe Down Up" to make way for yet another fast, sprawling riff played in unison by sax and guitar and a mesmerising soprano saxophone solo by Weller, breaking suddenly to be succeeded by a short guitar solo (with octaver) and an equally short drum solo. The final track of the original album "Shrimpboats" again allows Roche's guitar to shine.

There's also a bonus track here "Calypso Reg" which as the name suggests is played in both calypso and reggae tempos (simultaneously), vaguely reminiscent of Sonny Rollins, but imparting its own unique flavour.

Quite why it took 37 years for this extremely rare album to resurface (only 500 copies were pressed on an independent label back in 1976) is a mystery since its quality and originality is exceptional. Whilst deploying some of the techniques of some of the more famous jazz rock outfits of the time including Nucleus and Back Door, it's never derivative and reveals only a hint of what this band must have sounded like live. Their many gigs, predominantly in the Croydon area of South London, increased the band's fame, but sadly only to the cognoscenti and not to the A & R representatives of the large labels who missed a trick here.