Yang: The Failure of Words 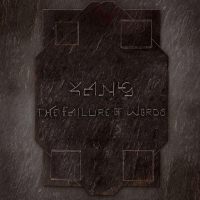 Yang is an explosive yet disciplined band amid all the brazenly executed fireworks and shifting time signatures. Indeed, they're a formidable progressive rock quartet but quite mobile and undeniably assertive. With solid rhythmic foundations, along with Frédéric L'Épée and Laurent James' angular chord voicings and stinging sustain driven leads, the quartet often fuses harmonious storylines into the mix. They occasionally rekindle classic prog by fusing whimsical themes into serrated dialogues and torrid prog—metal breakouts atop drummer Volodia Brice's slamming backbeats. However, the musicians remain flexible throughout by not dishing out a formulaic approach as they are apt to shift gears on a nanosecond's notice.

ADVERTISEMENT
"9/8 Variations" is built on the guitarists' intricate phrasings within a circular plot that elicits notions of an Irish Jig that was gutted and reimagined into a hyper-mode blowout, and "Slow Flow (Flux Lent)" is an ascending ballad with distortion- laced ostinatos and howling guitar licks that contrasts a diminutive primary motif. Moreover, "Indecision" features Robert Fripp-like chord progressions, nicely offset by bassist Nico Gomez' contrapuntal statements. Once again, the ensemble generates a high-impact and immensely entertaining trek into prog rock nirvana.